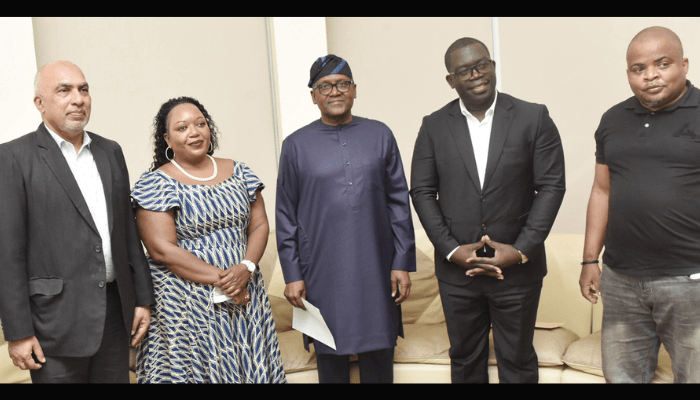 The Zambian government is seeking collaboration with the Dangote Group to open a fertiliser plant in the southern African country after a tour of the company’s plant in Nigeria.

Chipoka Mulenga, the Zambian minister of commerce and industry, who led a delegation from Zambia on a tour of the 3 million metric tonnes Dangote Fertiliser plant at the weekend, said such a partnership would benefit the country’s economy, according to a press statement from the Dangote group.

“The Zambian government in the last budget made some pronouncements which focus on value addition, industrialisation, skill enhancement, and development. We have a huge youthful population who are ready to work if given the opportunity to be productive,” he said.

“Rather than continue to import fertiliser from anywhere, we want Aliko Dangote to come and establish a plant in Zambia,” he said.

The country’s fertiliser consumption has increased tremendously in the last few years but blending activities have not kept pace.

Speaking at the end of the tour, Vishwajit Sinha, the chief executive officer of Dangote Fertiliser Limited, said demand for Urea fertiliser in the Nigerian market and beyond remains robust and is expected to continue to grow.

He said the $2.5 billion fertiliser complex would make Nigeria self-sufficient in fertiliser production with excess capacity exported to other African countries and the rest of the world.

“The key focus of Dangote Fertiliser has always been to cater to the growing fertiliser demand of the domestic market in Nigeria and also to work towards bringing a green revolution in the country so as to contribute towards food security for Nigeria. The surplus production after supplying the domestic market is exported,” he added.

Sinha stated that Dangote Fertiliser has been positioned to take advantage of the Federal Government’s policy, which focuses on agriculture as one of the keys to unlocking the diversification of the Nigerian economy.

Sinha described the Dangote Fertiliser plant as a company that will not only increase food sufficiency in Nigeria but also drastically reduce the level of unemployment and youth restiveness in the country through the generation of direct and indirect employment.