Insecurity: over 5,000 Nigerians have migrated to Niger Republic, says Senator 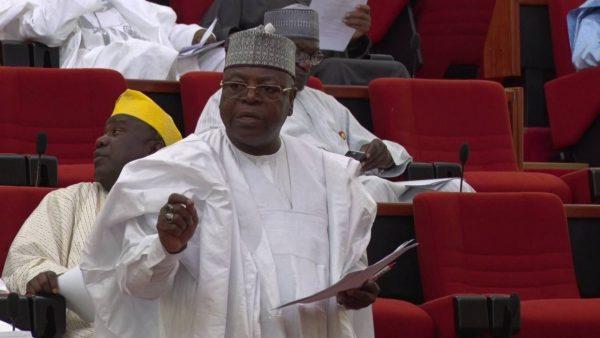 The Senator representing Sokoto East, Senator Ibrahim Gobir, revealed on Tuesday that due to insecurity in the area, about 5,000 people have so far relocated to Niger Republic to safeguard their lives.

Specifically, the lawmaker said the people are left at the mercy of the Nigerien soldiers for protection against armed bandits, as according to him, “Nigerian Army has completely abandoned them”.

Senator Gobir stated this during plenary while contributing to a motion on urgent military action against banditry in Niger State.

He disclosed that in the last three months, “not less than 300 people in Sokoto East Senatorial District, have either been killed or kidnapped by the rampaging armed bandits on daily basis”.

Also, he further revealed that scores of cows and other animals worth N2.5billion have been rustled by the bandits.

Consequently, the Senate has urged President Muhamnadu Buhari to direct the military for immediate expansion of their operations against banditry from Katsina and Zamfara to Sokoto and Niger States.

Gobir said: “The situation in Sokoto East as far as armed banditry is concerned, is pathetic and tragic because it is only Nigerien Army that had been coming to their rescue while the Nigerian Army looks the other way round.

“In fact, based on very reliable and verifiable information from the area, many at times, the people of the affected areas called on Nigerian Army for help and protection against the bandits , no response.

“But graciously, the Nigerien Army has been assisting in wading off the bandits, the very reason while not less than 5,000 people in the affected areas have migrated to Niger Republic for safety”, he said .

Stating further, he said: “Fallout of this is grinding poverty ravaging the affected people in form of serious hunger since their cows and other animals are on daily basis being stolen.

“The situation is so bad that we only get help from Niger Republic and not from Nigeria at all, be it from the Military or the Police.

“The affected people cannot be perpetually be at the mercy of Nigerien Soldiers and still be expected to proudly see themselves as Nigerians .

“Very urgent drastic action is required from President Buhari through the military in form of expansion of anti- banditry operation currently being carried out in Zamfara and Katsina States to Sokoto State ,” he said .