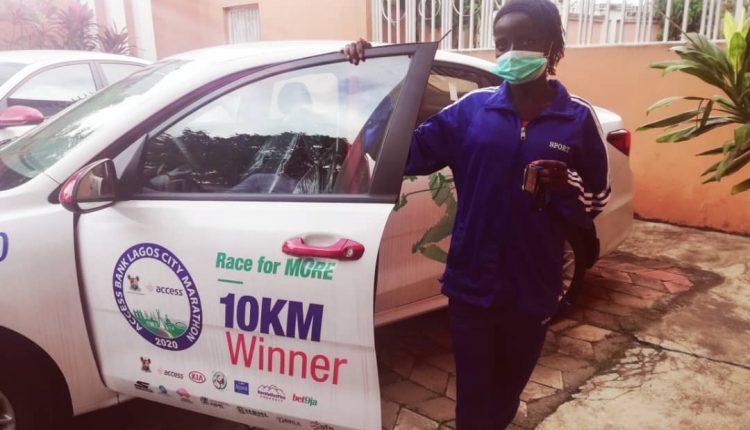 It was all smiles for the duo of Oyelade Sunday and Vera Yohanna Davou as they were officially handed their Kia Rio saloon cars having emerged winners in the 10km male and female races during the 2020 Access Bank Lagos City Marathon.

Davou, a 13-year old JSS Three Pupil of the Victory Academy High School Jos surprised everyone and even herself to win this year’s 10km women’s race.

On his part, Oyebode, a fun runner and a student of United Anglican Methodist High School Ilesa revealed before coming to win Lagos, he had tried out at the 10km Abeokuta Road race also sponsored by Access Bank but he finished then in distant 9th position.

Both teenagers were understandably over the moon as they were given their car keys and papers in the company of their guardians and coaches.

“I will even advise my friends to start training and running because I never expected I will be where I am now, I have just been training for one year and through the help of God and the Holy Spirit, I have won a race and a car” Davou who treks several kilometres to school daily said as she posed for pictures with her new car.

For Oyebode, he is now more motivated than ever to take his athletics career even more serious while he remains optimistic of going global sooner like his Kenyan idols in long-distance running. 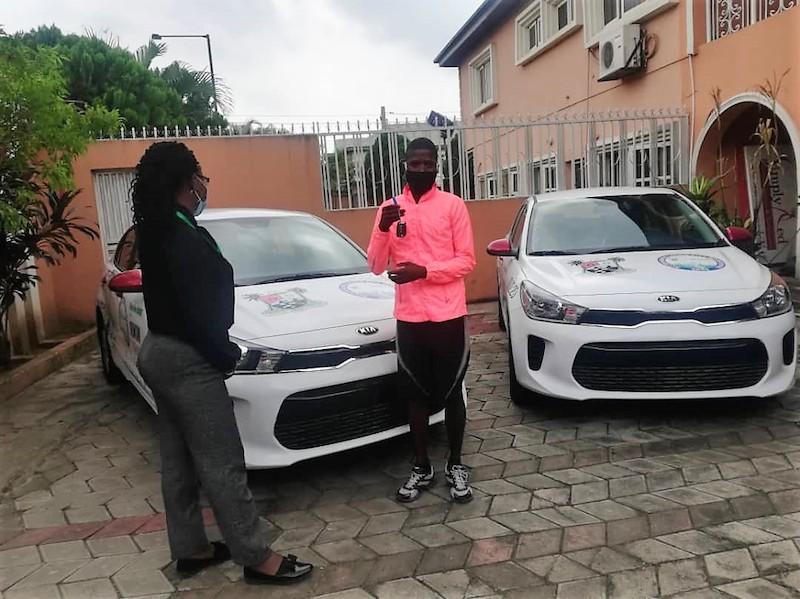 “I hope to be a world champion one day, this car will motivate me to work even harder, I thank the oragnisers and the sponsors for this big prize” the United Anglican Methodist High School student stated.

The CEO of Nilayo Sports Management company, Bukola Olopade, said he was delighted that the Lagos race is making huge impacts in the life of people and he thanked the sponsors; especially  Kia Motors for coming through with the saloon cars for the winners.

He said: “For us, we have shown the public that we will would always keep to our promise and do as we say while for our sponsors they can trust us that whatever we get from them is channelled to the right directions”

Mr Olopade, a former commissioner of sports in Ogun State assured that his drive to change people’s life for the better with sports will continue to be push vigorously with platforms like the Access Bank Lagos City Marathon.

Already in its fifth year, the Lagos Marathon is hoping for another upward movement from its present Silver Label ahead of the 2021 edition tentatively meant for February 13.

Lagos-East: No date yet for bye-election – INEC