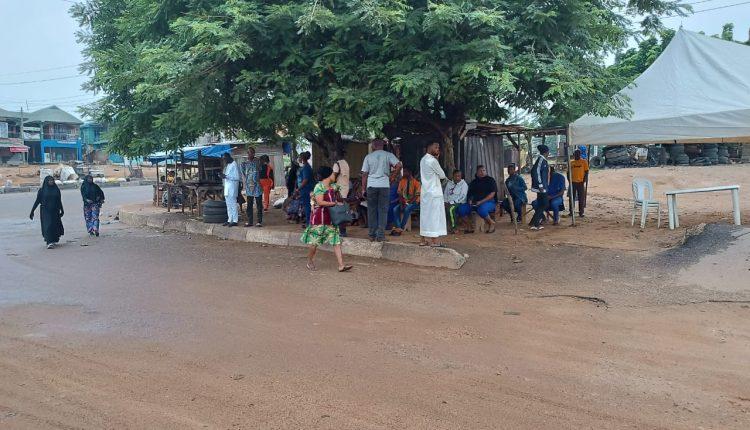 Voters in several places in Osogbo, Osun State Capital on Saturday kicked against the possible disenfranchisement as neither electoral officers nor electoral materials were seen at three Polling units visited by BusinessDay in Olorunda Local Government Area of Osun State.

Electorate stood frustrated at Polling Unit 13 Igboona, Polling Unit 12 Orita-Owode and Polling Unit 10 Boorepo, Mr Biggs as of 9:30 am while voting had already started at 8:30am in many places across 30 Local Government Areas as being designed by the Independent National Electoral Commission (INEC).

People, especially Party Agents were seen shouting and crying foul against the INEC, insinuating the non-availability of electoral materials might be another gimmick by the ruling All Progressives Congress (APC) and INEC to manipulate the electoral process in favour of the ruling party.

Speaking with BusinessDay, The People’s Democratic Party (PDP) Agents in Polling Units 13 and 10 in Olorunda Local Council, Kayode Babawale and Gafar Rauf, said that the electorate came out in large number with the hope of casting ballot but they were met with disappointment as INEC was yet to dispatch neither its officers nor electoral materials to the Polling Unit.

Kayode Babawale, who was seen telling the electorate to wait for INEC’s reaction before leaving the Polling Unit, said, “We are determined to wait for any eventualities as this might be another gimmick to manipulate the electoral process this time around, we have learnt our mistake in the last election in 2018 and we are not going to leave here, we will hold INEC accountable.”

Responding on behalf of INEC, Lucky Balogun, Head of Department, Education and Publicity in Osun State, appealed to the electorate and party agents to bear with the INEC as he pledged that the electoral officers and materials would soon be deployed the Areas and Polling Units affected.

Meanwhile, accreditation and voting began peacefully in Ede South, North and Ife East Local Government Area; Olorunda, Osogbo and Iragbiji in Boripe Local Government of Osun State, and other parts at 8.30 a.m to elect the governor for the next four years in the state.

BusinessDay reports that electoral officers and materials were deployed to polling units before 8.00 a.m. with large number of voters already on the queue across major places in the State.

Some of the voters at the Ward 10 in Ede South, Osogbo and Olorunda Local Government Areas, who spoke with our Correspondents, said that the process was going on smoothly and that electoral gadgets were working optimally, saying “everything is calm”.