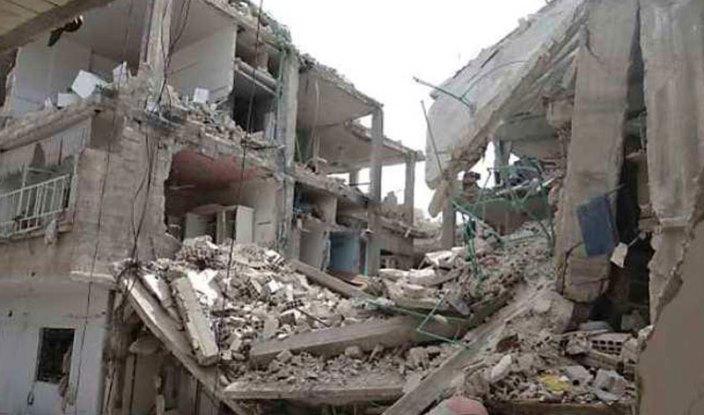 A three storey building belonging to Excel College Ejigbo, this morning collapsed. The school building located at 15, Ansarudeen, Ile Epo Bus Stop, Iyana Ejigbo did not trap anyone as schools are presently locked down.

The building which collapsed at about 8:15am is a part of a conjoined (twin) three storey building each, according to Nosa Okunbor, spokesperson of the Lagos State Emergency Management Agency (LASEMA).

The collapsed portion which was attributed to “visible distress”, has seriously affected the second wing, has visible cracks on the walls, pillars and decking of the second portion.

Available information from school officials revealed that the collapsed building had previously shown signs of distress, saying that the school authority was planning to renovate and refortify the collapsed structure.

“Distress calls received established that the building collapsed at about 8:15am.

“Information gathered from some officials of the school revealed that the building had previously shown signs of distress and the school was planning to renovate and refortify the structure.

“The three storey building has two wings conjoined, the wing that collapsed has seriously affected the second wing as visible cracks can be seen on the walls, pillars and decking.

“Fortunately, nobody was trapped, no injuries and no fatality has been recorded.