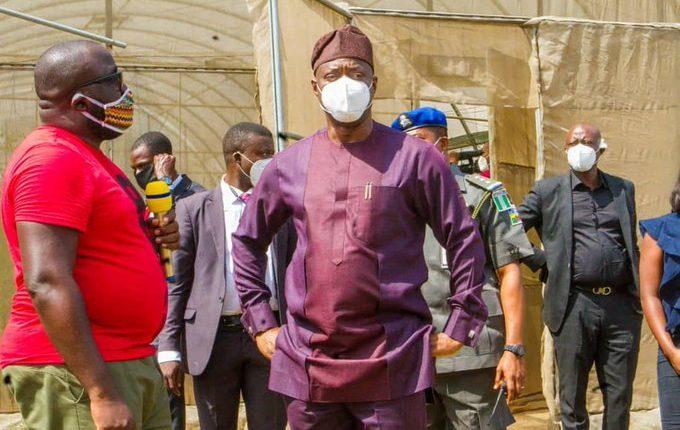 Thirty eight applicants of the Oyo State’s digitalized Certificate of Occupancy (C of O) under the Oyo State Home Owners Charter scheme OYHOC got their documents at the Ministry of Lands, Housing and Urban Development on Monday in line with the State goverment’s  promise of issuing OYHOC, C of O within 60 days of application.

The Commissioner for Lands,  Housing and Urban Development,  Aboodun Abdu-Raheem while presenting the certificates to beneficiaries at his office in Ibadan, said the collection of the new C of O was within the sixty days from the date of submission of application form.

He however said that there were efforts geared towards making the processing possible within thirty days.

“As you all can see, Oyo State Government under the leadership of Governor Seyi Makinde is a government that keeps to it’s words, we promised 60 days and here we are, your  Certificate of Occupancy is ready within the period we promised.

“We even have some that were ready within 40 days and we are now working tirelessly to ensure that the Certificate of Occupancy is collected even within 30 days.”

The Commissioner also noted that the certificate of occupancy could be used to access other opportunities that abound in commercial activities.

‘This C of O has the same feature as the conventional one, it can be used for any financial transaction, It is recognized all over the country and with the bar code on it, you can verify its authenticity anywhere in the world, this is why it is called Electronic C of O,” he explained.

In his address, the Permanent  Secretary, Ministry of Lands, Housing and Urban Development,  Ademola Ajibola commended the people of the State for the confidence reposed in the present administration.

According to him, with OYHOC, all bottlenecks that usually led to delay of processing certificates of occupancy have been eliminated.

Speaking on behalf of the applicants, Reverend Benson Omole lauded the initiative which according to him, has made life easier for home owners.

It would be recalled that last in June 2020, the  State Governor,  Seyi Makinde launched the home owners charter electronic C of O to enable home owners regularized their land documents as part of efforts to lessen the pains of the current economic downturn.