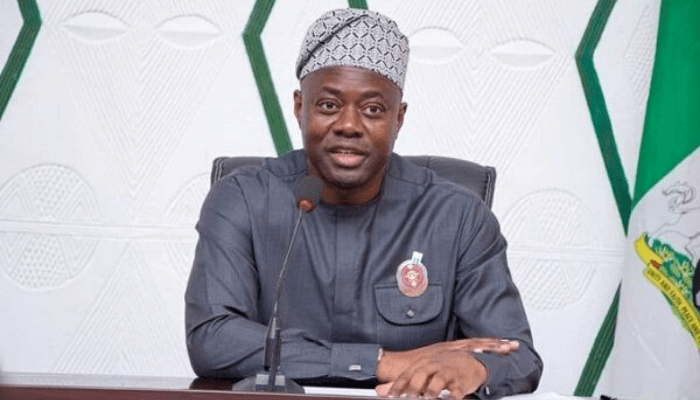 In its bid to facilitate the execution of priority projects that will further drive economic development, Oyo State Executive Council on Tuesday approved the issuance of a N100 billion private bond tagged “Oyo Prosperity Bond”.

The fund would be raised in two tranches of N50 billion each for the construction of the 50 kilometre Iseyin-Ogbomoso road, the Ibadan Circular Ring-Road and Ibadan Airport upgrade.

The fund will also cover the development of Ibadan Dry Port and rail corridor, which is an economic hubs of the state.

Wasiu Olatubosun, Commissioner for Information, Culture and Tourism, who disclosed this after the State’s weekly Executive Council’s virtual meeting stated further that the State would construct and upgrade, with modern equipment, one government hospital in each of the three senatorial districts of the state.

In addition, the 21 kilometre Airport – Ajia – New Ife Express Road with a spur to Amuloko in Ibadan would also benefit from the alternative project funding approach of the state government.

According to Olatubosun, “considering the infrastructural needs of Oyo State to enhance its economic potentials, the state government has approved the issuance of private bond tagged “Oyo Prosperity Bond” to facilitate the execution of priority projects with a view to raising one hundred billion Naira (N100bn), which is to be raised in two tranches of fifty billion Naira (N50bn) each.”

“The state government has approved Oyo State Prosperity Bond to allow for quick completion of these iconic priority projects. The construction of Iseyin – Ogbomoso Road is very important because when completed, it will serve as a link road and help to save many hours spent on traveling and the lives of commuters, who daily experience vehicular accidents on various roads that link the already dilapidated Ogbomoso Road.”

He hinted that the 21 kilometre Airport – Ajia – New Ife Express Road with a spur to Amuloko would be executed by Messrs Peculiar Ultimate Concerns Ltd at a total cost of Eight Billion, Five Hundred and Twenty Million, Nine Hundred and Nineteen Thousand, Seven Hundred and Seventy-Six Naira, Forty-One Kobo (N8,520,919,776.41).

The project funding, Olatunbosun explained, would be in form of Alternative Project Funding Approach (APFA), which allows for Public-Private Partnership for funding of infrastructural projects in the State.

“With this approach in place, there will be transfer of projects’ risk to private entity while the hassle of debt management office (DMO) approval would be avoided and the quality delivery as well as quick completion of project would be ascertained,” Olatubosun said.

Meanwhile the Oyo State Executive Council has also approved the establishment of the Oyo State Development Agency for Socio-Economic Advancement (OYODASA) to give room for the residents of the State to have better understanding of government’s goals and help establish a shared vision between communities within the State and the State administration.

Olatubosun said the purpose of the agency was to booster participation in governance at the grassroots levels, adding that the government would establish offices for the agency in seven zones and in all the local government areas of the State.

“The agency will ensure government’s programmes and policies are better understood by the general public, mobilise favourable opinions for such programmes and policies, encourage informal education through public enlightenment activities and publications, and establish appropriate framework for educating and orientating residents of the State towards developing socially desirable attitudes, values and cultures.

“It will also encourage the people to take part actively and freely in discussions and decisions affecting their general welfare while promoting new sets of attitude and culture for the attainment of the goals and objectives of the State.

“OYODASA will work to instill in the populace, a sense of loyalty to their fatherland, ensure and uphold leadership by example and foster respect for constituted authority,” he explained.