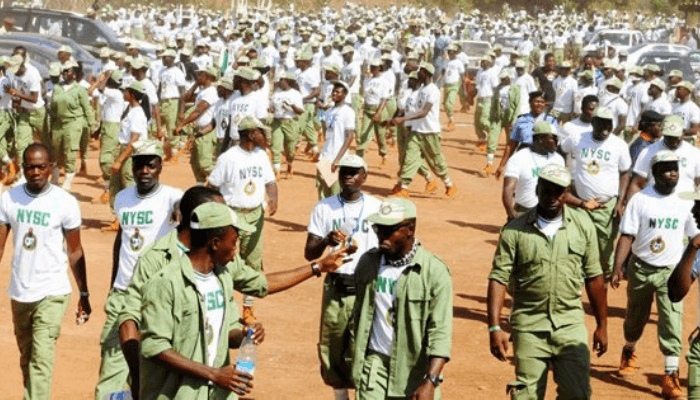 The state coordinator, Victoria Ani, stated this on Thursday in her farewell message at the passing out ceremony for 2021 Batch ‘B’ (Stream II) in Akure.

Ani said that eight corps members would have their service extended for various misdemeanors, while 14 members who absconded from service would have to repeat the service subject to the approval of directorate headquarters, Abuja.

Ani also revealed that two corps members who distinguished themselves during their service year were also rewarded with state honours award.

She noted that the scheme would always reward excellent and outstanding performance during the service year, likewise punish erring corps members.

“Two corps members who distinguished themselves extra-ordinarily have been rewarded with the state honour awards.

“Eight corps members would have their service extended for various misdemeanors while fourteen members who absconded from service would have to repeat the service subject to the approval of directorate headquarters, Abuja.

“My dear creative and patriotic children, let me remind you that life will put many red lights in front of you but you need to press harder and see those red lights not as stumbling blocks but stepping stones to greater you.

“You should know that being rude or arrogant will take you nowhere but good manners can open doors which education or qualifications cannot open,” she said.

Ondo State governor, Oluwarotimi Akeredolu, acknowledged and appreciated the corps members for their selfless service to complement his administration in building a virile society.

Governor Akeredolu, who was represented by the permanent secretary, Ondo State ministry of youth and sports, Ajibola Ogidan, said he wanted them to leave Ondo State with positive reflections about the hospitality.

“Going through the report coming to my office, I equally want to thank you for executing impactful projects in all the communities across the state.

” I want to add that on behalf of the benefitting communities,those projects shall be maintained and adequately taken care of. The legacy you are leaving behind will continue to remain fresh in our memory for a very long time to come,” he said.