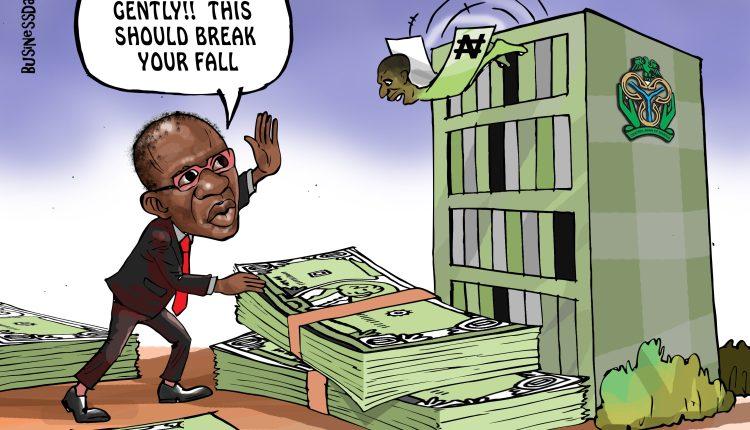 FG responsible for the breakdown of the refineries -Soyode

Babajide Soyode, Former GM, Corporate Planning & Business Development NNPC has said that the Federal Government is responsible for not making the refineries work.

Soyode, who oversaw the construction of the Warri refinery, made this remark on Monday when responding to a question on Arise TV about the Federal Government’s frustrating efforts to make the refineries work.

“The government does not want the refineries to work. I say you can quote me, ” he said, rather confidently displaying a body language that shows he has more information than the average individual.

He complained bitterly about the state of the refineries in the country. “The technologies to make the refineries work are more than 50 years old, and there is development every day,” he added.

Being an insider and a pioneer staff member of the NNPC, he believes that the organisation has an abundance of qualified, intelligent, and hardworking staff members who can help get the refineries back to full production capacity if given the needed support.

“We have good people, good hardworking people in NNPC. They can make it work,” he said.

He, however, threw the blame on the FG for its insincerity and how badly they have been unwilling to get the refineries back to shape.

But look, if the shareholders, who are the owners, do not want it to work, it will not work. And don’t bring the people there; the people are consumers. They expect the refineries to work, and they should,” he said.

He spoke proudly about how effective and efficient it was during the build-up stage of the Warri refinery. A refinery that was built during the military administration of General Olusegun Obasanjo (Rtd.)

He said that the reason behind the unpatriotic attitude of the government towards the recovery of the four refineries is that of some people who profit from oil bunkering.

“Now they don’t want it to work because they want to produce fuel, which they can use for bunkering,” he attested.

Nigeria has qualified to be a failed state – Peter Obi

Peter Obi, the presidential candidate of the Labour Party, said on Monday during a presentation at the annual general conference of the Nigerian Bar Association in Lagos that Nigeria has qualified as a failed state.

In making his point about the gravity of the situation that the country is in now, Obi threw more light on how very important it is that the citizens look beyond their religious and ethnic affiliation and make the right choice come 2023.

According to the former Anambra State governor, he said that the country has met the two or three biggest characteristics of a failed state.

“Number one is when you are no longer in charge of your territory,” he said. “Today we are among the most terrorised countries in the world. We are among the top kidnapping countries in the world. Banditry and criminality have taken over some parts of the country. Nigerians are being killed daily. All kinds of crimes occur on a daily basis,” he added, emphasising how strange these indicators are for a once peaceful and prosperous country that used to be known as Africa’s giant.

“Even our most important source of exchange revenue-crude oil is today, 80 percent stolen. That shows how bad it is. We are the only country apart from Venezuela that we know that because of sanctions is not meeting its OPEC quota.

“Every other country is begging for an increase, but Nigeria is not meeting up with its own,” he concluded.

Soyinka condemns those who blame him for installing Buhari

This came about as he condemned in the strongest terms all those criticising him for “installing” President Muhammadu Buhari as Nigeria’s president in 2015.

The academician said this when he appeared on a pre-recorded programme on Channels TV News Night, aired on Monday.

“When people talk about Wole Soyinka installing Buhari, they are talking rubbish; they don’t know what they are talking about. They are talking from ignorance. When I think of the governed themselves, I ask myself, “What am I doing among these people that they don’t understand that if somebody misrules, you have a right to tell people not to vote for him.” And it is their business after that who they vote for, but they have the option of spoiling their votes,” he said.

He insulted all those who insisted that he was responsible for bringing Buhari into power. He pleaded with the parents of those “morons” to apologise to the world for bringing them into the world.

The National Institute for Biomedical Research (INRB) in the Democratic Republic of Congo said on Monday that a new case of the dreaded Ebola virus has been discovered in the city of Beni in the eastern part of the country.

Further laboratory testing showed that the new case was genetically connected to the 2018-2020 outbreak in North Kivu and Ituri provinces of the country, which killed nearly 2,300 people. This is according to a statement from Placide Mbala, the chief of the Pathogen Genomics Laboratory at INRB.

One of the obvious cases was that of a woman who died on August 15 after being admitted to a hospital in Beni on July 23, the INRB said in its statement.

According to Reuters, Ebola is sometimes known to linger in the eyes, central nervous system, and bodily fluids of survivors only to flare up years later.

The INRB pleaded for calm and said investigations were still ongoing to determine the source of the virus and advised the general public to exercise the highest level of medical hygiene.

At least 131 contacts of the woman have been identified, including 60 front-line healthcare workers, 59 of whom are vaccinated against Ebola, said the statement.

The grave impact of the COVID-19 pandemic caused Britain to record its biggest fall in output in more than 300 years.

According to the Office for National Statistics (ONS) and historical data provided by the Bank of England, the drop in gross domestic product is 11 percent, the largest since 1709.

Reuters had reported that Britain’s economic slump was the largest in the Group of Seven, and this latest downward revision makes it greater than Spain’s, which recorded a 10.8 percent fall in output.