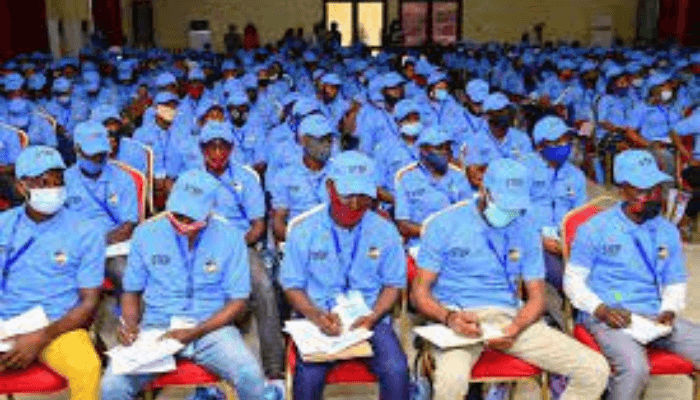 Delta State Job and Wealth Creation Bureau has concluded search for applicants seeking to be trained in the 2022 cycle of its Skills Training and Entrepreneurship Programme (Green-STEP).

Efforts are ongoing to ensure the transparent selection of those who are qualified among the thousands of those who applied for the programme.

The invitation for application into the programme had been thrown open to Delta Public from Tuesday 26 to Friday 29, 2022, for interested youths between the ages of 18 and 35 across the 25 local government areas of the state.

A top official in the bureau, on Thursday, told BusindssDay in Asaba, that the four-day exercise saw interested youths collect and submit forms to the bureau in Asaba and the Governor’s Office Annex House by DRTV Warri, adding that the exercise ended on Friday.

They would acquire skills for the first time in

Catering and Confectionery, Tiling and Interlocking, PoP, Painting and Screed-Making, Electrical and Solar Works, Hairdressing and Braiding, Audio-Visual Services, among others. They would spend between four and eight months depending on their enterprises.

This would be 7th cycle for the programme initiated by the Ifeanyi Okowa-led administration in the state in year 2015.

STEP and Youth Agricultural Entrepreneurship Programme (YAGEP) have directly trained and established no fewer than 7,000 youths in their choice enterprises and indirectly provided jobs for thousands of youths in the state.

The current cycle would be the last for Okowa’s administration that would end on May 29 next year and the governor expect that his successor would continue with the job and wealth creation programmes as the bureau has been backed by the House of Assembly.

Also, a master plan to ensure the programmes live beyond Okowa’s tenure is on ground.

Professor Eric Eboh, the chief job and wealth creation officer, said “The Masterplan of Delta State Job and Wealth Creation Bureau encompass the vision, mission and strategic goals of the Bureau. It sets the roadmap and signposts by defining key success drivers, critical performance criteria and indicators for measuring and tracking outcomes.

“Also, it lays out the pillars of sustainability into the future. The overall aim is to maximise successes already achieved and enhance sustainability of impacts.

“The vision of Delta State Job and Wealth Creation Bureau is to be a model youth empowerment agency for job and wealth creation.

“By this vision, DS-JWCB aspires for Delta State, a society where youth unemployment and underemployment are at the barest minimum.

“The Mission Statement is to make youths gainfully self- employed in private enterprise as well as employable for the job market. The core values that define the present and future value-adding niche of Delta State Job and Wealth Creation Bureau are given as follows: Excellence, Diligence, Integrity, Impact.

“The Masterplan is a five-year (2022-2026) strategic roadmap designed to reinforce the relevance and impact of job and wealth creation programmes under the Delta State Job and Wealth Creation Bureau. It serves as the compass for programme planning and execution and institutional development.

“The methodology adopted for developing the Strategic Plan involves evidence-based diagnosis of organisational strengths, weaknesses, opportunities and constraints. It also involved an informed scan of the operating environment including political, economic, social, technological, legal and environmental factors and conditions that potentially impact on the capacity and capability to pursue and accomplish its goals effectively.

“The Masterplan is founded on a paradigm shift theory of change. The core departure is that previous job and wealth creation programmes sought to prepare youths for employment, Delta State Job and Wealth Creation Bureau seeks to produce wealth creators and job creators.

In this regard, the programme design and implementation, service delivery and tracking mechanisms are collectively aimed at imparting skills, knowledge, competencies, and attitudes accompanied with requisite resources for self-employment, wealth creation, productive and profitable enterprise, Eboh stated.