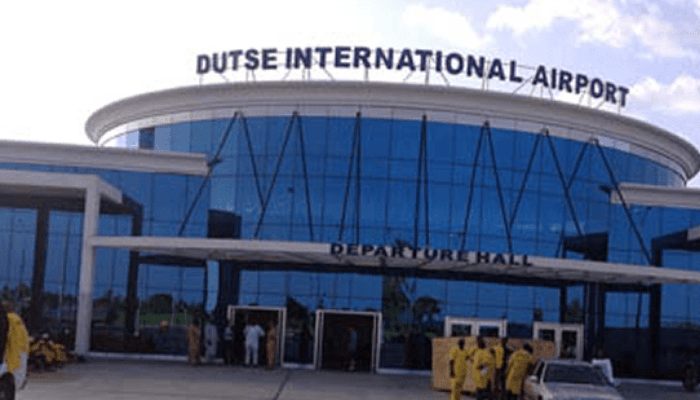 The current inactive state of the Dutse International Airport in Jigawa State is throwing up questions among stakeholders in the aviation sector about the viability of some of the public investments in Nigeria’s aviation industry.

The Dutse International Airport, which was established by the immediate past administration of Governor Sule Lamido and commissioned by former President Goodluck Jonathan in 2014, was built at the cost of N4 billion ($55.24 million) by the Jigawa State Government.

Since the project was commissioned for use, the multibillion-naira airport project, one of the 26 out the 31 airports in the country being managed by the Federal Airports Authority of Nigeria (FAAN), has only been operating skeletally.

BusinessDay`s findings indicate that the airport which is at the present only servicing the residents of Dutse and its surrounding towns is mainly being deployed once in a year for the airlifting of Muslim pilgrims from the state to Saudi Arabia.

The other time that the airport is active is when top government functionaries or some notable VIPs are on a visit to the state and are flying into the airport on chartered flights.

The prevailing inactivity of the airport which is located 10 kilometers (6.2 m) outside Dutse, the state capital, is now a major concern to stakeholders in the Jigawa Stare economy, as the multibillion investment has continue to depreciate in value, due to disuse.

A civil servant with the Jigawa State Government who did not want his printed noted that the way the government is handling the airport is an indication that the airport was a misplaced priority.

When BusinessDay visited the airport on Monday, about 10.30 am, it was observed that the environment was unkemp, while none of the staff of FAAN and other Federal Government agencies operating in the airport were on the ground.

“From what is available on the ground at the airport, one can see that the decision by the Lamido Administration to embark on the airport project was a misplaced priority. You can see for yourself that the project has no economic value to the people of the state,” the source said.

“As you can see, there is no airline operating at the airport, apart from that, you find any worker of FAAN there. There was a time, I think about two years ago, when the Governor of the Central Bank of Nigeria, was on a visit to the state to inspect Dangote Rice Project, the Security Agents attached to Governor Muhammadu Badaru were forced to breakdown one of the doors of the building at the airport, in order to gain access to the tarmac, when there was FAAN `s official on the ground to open the door for him. This is to show how bad things are at the airport,” he said.

Auwalu Aminu, a key player in the aviation sector in northern Nigeria, said the inability of the state government to put the facility into active use is constituting a big drain on the state.

Auwalu, who is the deputy managing director of northern Nigeria’s first private airline, Kabo Air Limited, based in Kano, however, said the airport could be a game-changer for the state economy if the state government can creatively put it to use.

“I think the intention of those who conceived the Dutse International Airport was that it will serve as Cargo Hub in the region, and as you are aware at the moment it is only being used for Hajj Exercise, due to lack of patronage by airlines, as a result of low passenger flow. Maybe the belief of those who conceived the idea of the airport was that it will serve neighboring states of Yobe, and Azare town in Bauchi state.

“I will agree with you that it is seriously being under-utilized which is making many people come to the conclusion that the motive for the establishment of the airport was more political than economic considerations”, Auwalu pointed out.

Auwalu disclosed that the issue of state government-owned airport, such as the one in Dutse, was deliberated upon during a National Conference on Aviation held two years ago in Abuja, at the instance of the Federal Ministry of Aviation which focuses on the new Aviation Masterplan.

He revealed that during the Conference, the current Minister of Aviation, Hadi Sirika, mooted the idea that airport such as the one in Dutse will be re-positioned to accommodate air cargo, under the new federal government aviation policy directive, which his ministry is embarking on.

As a way of putting the airport effective use, Michael Femi Sodipo, a consumer of aviation service, is suggesting that the airport could be re-invented to support the primary economy of the state which is agriculture.

Sodipo noted that one of the most effective ways to put the airport to use was to privatize it, noting that that is one of the ways to generate returns on the huge public fund invested in the project.