ECA calls for silence of guns in Africa 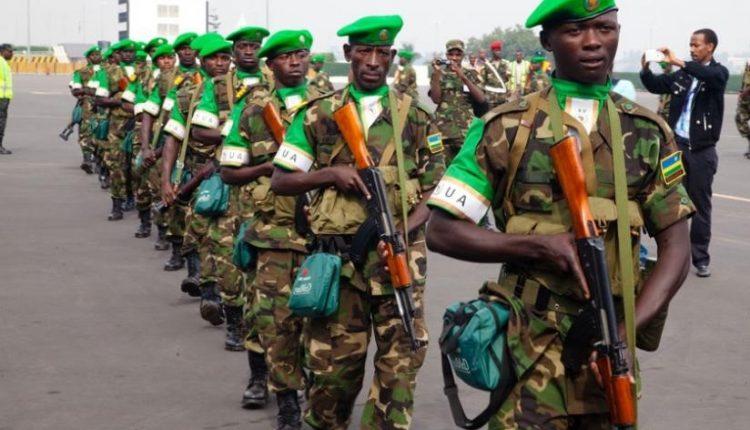 The agenda of silencing the guns and securing peace on the African continent must be dealt with in a comprehensive manner, including addressing governance issues, says Vera Songwe, executive secretary of the Economic Commission for Africa (ECA).

In a speech during the opening ceremony of the 36th Ordinary Session of the Executive Council of the African Union on the theme: “Silencing the guns: creating conditions for Africa’s development,” Songwe said governance in all its dimensions held some of the answers to Africa’s conflict challenge.

“For a strategy on silencing the guns to be successful, we must honestly seek to build more inclusive societies and this union has an important yet untapped role to play in this quest,” said Songwe, adding she was concerned that democratic elections were under threat in many parts of the continent stoking inherent tensions and conflicts.

“A strategy to silence the guns must be strategy to improve the governance of our societies, to build a more transparent decision-making process, to demand more inclusive and strong institutions underpinned by the rule of law. We have good examples of where these principles have helped countries.”

Songwe added that to effectively silence the guns, African countries will also have to ensure that all gun imports into the continent were consistent with international practice and that governance systems around the circulation of arms were transparent.

“The economics of the arms sector does not favour the continent as more and more of our young perish at the end of the gun while we continue to spend more and more resources on security at the expense of education health care and infrastructure,” she said.

In Niger, for example, Songwe said, over 15 percent of the budget is spent on security expenditures, a trend she said was being repeated in most African countries where social budgets were being overtaken by military expenditure.

“We cannot deliver the Africa we want with such budgets,” she said, adding Ireland and Chile were good examples of how countries overcame conflict and created inclusive societies

“To silence the guns we need to continuously focus on building an ecosystem that caters for whole with institutions whose role is to guard against the abuse of any group.”

The ECA Chief said it was sad that armed conflicts on the continent had increased from seven to 21 between 2005 and 2018.

“We have outperformed ourselves for the worse,” said Songwe, adding; “Today our task is to raise a clarion call for the voiceless. For those maimed by the tools of war. Those scared by the violence it envelops humankind in. The cruelty it engenders in otherwise peaceful nations.”

Silencing the guns, said she said, would help Africa’s youth to unleash their full potential through innovation and create the ‘Africa we want’.

Songwe said the United Nations, formed some 75 years ago, would continue to do all it can to keep the peace, encourage respect for human rights, create conditions under which justice and respect for international laws and treaties can be achieved, and promote social progress and better standards of living throughout the world.

For his part, African Union Commission’s Chairperson, Moussa Faki Mahamat, said conflicts in Libya, the Lake Chad Basin, Mozambique and other countries all strengthen the African Union’s resolve to silence the guns.

He said the historic African Continental Free Trade Agreement’s (AfCFTA) potential to take the continent to the next level was under threat from continuing conflicts hence the need to leave no stone unturned to ensure there is total peace in Africa.

“Trade in Africa is threatened by security challenges and yet it is important for the Africa we want,” said Mahamat, adding the continent should continue to look at the root causes of conflict and address them with urgency.

Access Bank leading the way in Malaria eradication on the continent

Fate of 36m unbanked Nigerians in limbo amid coronavirus lockdown