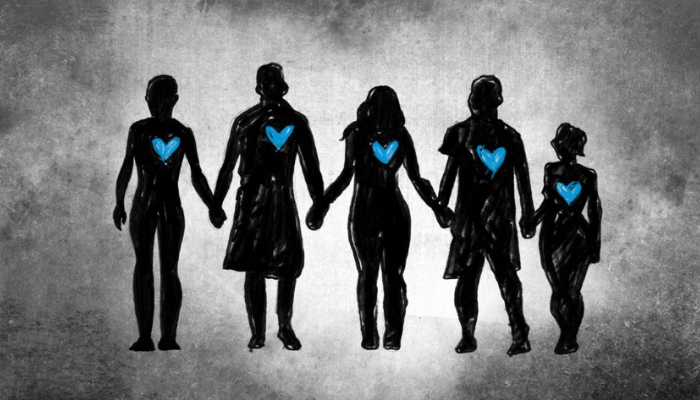 Tope visited a new church that was quite a distance from where she lived. The spiritual atmosphere was charged. The worship was out of this world. The words were so inspiring. She couldn’t help shouting “Ride on Pastor” at every teachable moment, to the annoyance of the people sitting close to her.

Then she noticed from the corners of her eyes that someone on the other side of where she was seated was staring at her. She tried hard to clearly see the face of the individual, but each time she did so, he quickly looked away as if intently focused on the preacher’s message. He was young, dark in complexion, and had a smallish frame. She got the chance to see his height as they stood to sing the song for a collection of offerings.

She hurried out after service ended. The guy whom she noticed looking at her doubled crossed her and said “We have an unfinished business”.

She eyed him from head to toe and brushed past him, crossing the road to the other side, where she entered an eatery to get lunch. Upon entering the eatery, she noticed the familiar face of the security guard. It was the elder brother of a guy she had dated who left her for an older woman because of her connections that could land him a high-paying job. She had wanted to pretend like she didn’t see him, but on a second thought, she approached him.

Tope noticed he was trying to dodge as well, but it was already too late. They exchanged pleasantries and Tope asked after her ex. He was surprised that she could ask him about someone who was brutal enough to hurt her feelings. But Tope assured him she had forgiven his brother. They ended their conversation, and she proceeded to make her order.

A few minutes later, the same guy from the church whispered in her ears as she waited for her order to be served. “I am ready for you.”

She tried to understand what he said but couldn’t. And she didn’t want to waste her breath talking to him. “Is this how they ask women out these days?” She wondered. She had shut herself out of any relationship since her last breakup. She made for the exit of the eatery quickly. She had wanted to eat-in but asked that they package the meal as a takeaway instead.

She waved goodbye to her ex’s brother, and as she was waiting outside for the Uber driver, whom she had booked while in the eatery, she became surrounded by three guys. One of whom was the same guy from the church. Tope kept wondering what she must have said or done to have evoked his anger, but couldn’t remember having insulted him. As they were about to grab her, she raised her hands to heaven and blasted into ‘tongues’. They burst into laughter hysterically. She thrust her hand as if to hit one of them, and they all fell to the floor. They were surprised. Tope was also surprised and wondered how she could overpower three men. This was already looking like one of the movie scenes her three-year-old Nephew would be engrossed in.

Immediately, the security guard who had been watching rushed out of the eatery and grabbed Tope by the hand from what looked like a circle of men on the ground writhing in pain. He asked her to hurry home before they could get back up. She immediately noticed there were no people on the streets, and was wondering why. A taxi stopped abruptly, and the security guard helped her in. As the taxi zoomed off, she noticed she was tossing and turning in bed. She opened her eyes. “You mean this was all a dream?” she said to herself, shaking her head.

Tope believed there was something about this dream. She had learnt that most times, important messages are communicated through dreams. For example, Pharaoh’s dream warned him about an impending famine, Pontius Pilate’s wife warned her husband from getting involved in executing Jesus Christ because she had a disturbing dream.

It turned out that at work, she was almost implicated in an issue she knew nothing about. Her mentor, with whom she has had a great relationship since she assumed a senior role, was the one who vouched for her integrity at an emergency strategic meeting the night before. No wonder she felt the urge to pray fervently before she went to bed that night, and she did. Now, she understood what the dream was trying to communicate to her. She had gained victory over something that would have cost her her position had there been no one present in the meeting to vouch for her integrity.