Orlando Julius, Nigerian saxophonist, singer, bandleader and songwriter died on April 14, 2022. He was 79.

Born Orlando Julius Aremu Olusanya Ekemode in Ikole, Nigeria, to a merchant family during British colonialism Julius’ first musical teacher was his mother, who would sing and dance while he played drums.

He went to St. Peter’s Anglican School in Ikole and played in the school band. In 1957, after dropping out of school and the death of his father, he left for Ibadan to pursue a career as a musician. He worked at a bakery while playing the drums or flute with juju and konkoma bands.

He recorded his first single, “Igbehin Adara”, with the Nigerian Broadcasting Corporation in 1960.

Starting in the 60s, Julius was fusing Traditional African sounds and rhythm with those of American Pop, RnB and soul. Aside from performing and recording in Nigeria, he spent many years in the United States working with Lamont Dozier, Crusaders and Hugh Masekela. 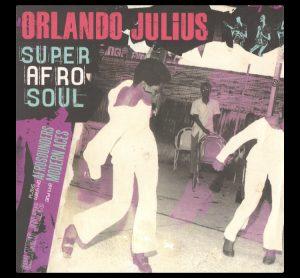 His 1966 Album, Super Afro Soul made waves in Nigeria and went as far as influencing sound in the United States. After the album, Julius released a long list of records exclusively in Nigeria and from them received a great amount of local fame.

Fela Kuti would attend Modern Aces performances, and Julius would sometimes bring him on stage to play. According to Julius, it was because of him that Kuti learned to play saxophone.

In 2011, his 1972 album Orlando Julius and the Afro Sounders was reissued by Voodoo Funk and the artist increased his live performance home and abroad.

Here are 5 memorable tracks from the late music icon. 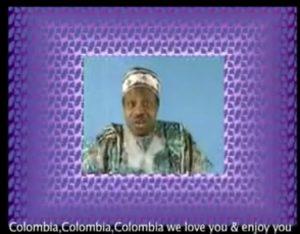 He had his first hit in 1965 with the song “Jagua Nana”, the name applying slang for Jaguar cars to a woman. On the success of that song they went on tour around west Africa.

Produced by Solar and afrobeat records, Ololufe was one of the most popular songs in the 70s and 80s.

First sung by The Temptation in 1965 the song was adapted and made into an Afrobeat version by the brilliant Afro Soul singer.

This is one many who grew up in the 80s would remember, “Colombia Colombia…” was the catchphrase of the song that resonated with music lovers of the 80’s and early 90’s.

With a touch of funk, highlife sounds and mixture of English and Yoruba lyrics, this would have had all the elements to light up the mood in a party back in the 80s.