What Headies’ US awards means for Afrobeats, music industry 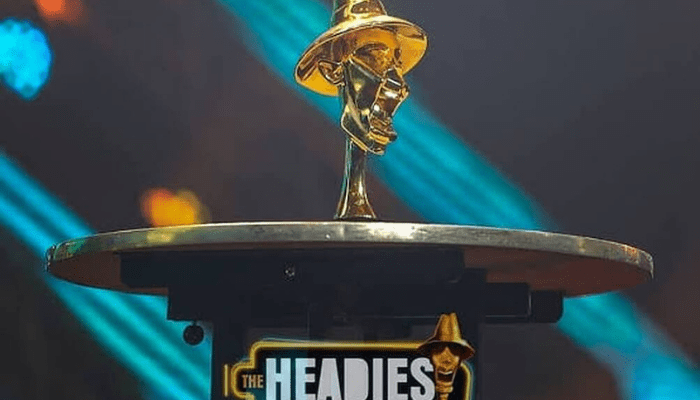 The Nigerian social media space received with mixed reactions the announcement from Ayo Animashaun creator of The Headies Music Award that the 2022 ceremony would hold in Atlanta, Georgia in the United States.

Some of the commentators claimed that it is a money move and which translates to an abandonment of Afrobeats culture. There were fans who described it as a bold move to take the Nigerian music industry to new heights.

We examine the ups and downs of the show’s first-ever move to the western world.

Atlanta is seen as the Hip Hop capital of the United States by the New York Times. Atlanta’s rap music group Migos and rapper Future have topped Billboard’s listings since 2016. Also, Lil Yachty, 21 Savage, 2 Chainz, and Young Thug, all from Atlanta, are all over streaming platforms.

“The melodies, the cadences in the raps, the sounds are everywhere,” says Stephen Dacres, an Atlanta music critic.

Coming into a setting like this might provide an opportunity for the local musicians to develop sounds that could lead to collaborations with these foreign artists, as well as capitalize on each other’s genre and push streaming numbers through the ceiling.

Although some thought the venue being in the US was a good idea, others thought the UK has been a better country to host the event as it is more receptive to Afrobeats.

For Motolonia Alake, a music media practitioner, however, the US remains the most receptive to Afrobeats.

“ABC news called Afrobeat the new pop, there are about 4 documentaries about Afrobeats going on and this is because Afrobeats is so hot now and because it’s so hot if we are not careful they are going to create it (awards) for us and start hosting it in the US. And if we are not careful, our own narrative won’t belong to us anymore,” Alake said.

He also gave an example of Latin Grammys hosting in the US with the last edition hosted in Las Vegas.

The US Consulate, Netflix, CBS CNN, and BBC1 are all sponsoring the Headies this year.

The benefits that come with the partnership with the US Consulateinclude ease of logistics of visa arrangements to the United States and other relevant travel affairs with the Headies’ support, as well as travel and lodging agreements.

A spokesperson from the US consulate in Nigeria said at a press conference that the embassy is supporting the project because Nigeria is clearly Africa’s entertainment capital. He also notes that the award ceremony would result in job openings.

Read also: 15th Headies Awards to hold in the US, first time outside Nigeria

“We are very proud to see Nigeria and its relationship with the United States. This is the year for Nigeria with arts and cultures, music, film, and even sports. Three Grammy winners in Nigeria. I’m sure it’s going to attract American talents as well,” said the representative.

Over the course of the years, there have been complaints about the inadequate quality of the event’s broadcasting. However, the media partnerships with CBS, CNN, and BBC, knowledge transfer, and training of the media team will be facilitated, allowing them to reproduce their experiences on home soil, experts say.

“Anything that is new and good for the Nigerian music industry only exists because the economics is right because someone has found a way to do that for themselves and attract funding to their pocket and by doing that service a lot of other people like artists, music journalist will also benefit from that service,” Oyinkansola Fawehinmi, a music lawyer said

Hosting an African show in the United States is not an easy string to pull. BusinessDay learnt from previous attendees of these shows that it is only the winners of each nominated category that are flown to the events and the others left behind.

This could mean the winners of the awards are predictable, given that the person who made it to the venue is most definitely the winner of the said category.

Managing logistics of flight, hotel accommodations, and feeding in a foreign land is not as easy as it would be when managed on home soil. Some of these artists would want to be there with family or their managers or anyone they feel has had an important role to play in the growth of their craft but the question most people would like to know is if the academy can accommodate these demands for all nominees.

According to Joey Akan, the event host, there may be some backroom conversations to let the artists know who will be getting honors at the show. There may also be agreements for the artist to perform, and because these artists’ schedules would be interrupted for these events, these kinds of discussions are necessary.

Transparency – The core Academy and the voting academy

The core academy members are those who handle how the entire event is governed and are seen as the regulatory group behind the Headies; they are also responsible for strategic planning and execution at the event.

Voting Academy members are drawn from seasoned music professionals that focus primarily on the year in review. They sort out the nominations, create a nominee list that will still be supervised closely by the core Academy members, release it, and voting will begin and basically select the winners of each category. The academy will trust these certain people as someone with expertise, knowledge, and insight to be able to who has had a certain amount of impact, who deserves to be on the list.

The independent auditing partner is Deloitte. They make sure there is a certain level of professionalism and credibility to the result of voting, which is still supervised by the core Academy members and the voting Academy members.

Created by Ayo Animashaun, The Headies (originally called the Hip Hop World Awards) is a music award show established in 2006 by the Hip Hop World Magazine of Nigeria to recognize outstanding achievements in the Nigerian music industry.