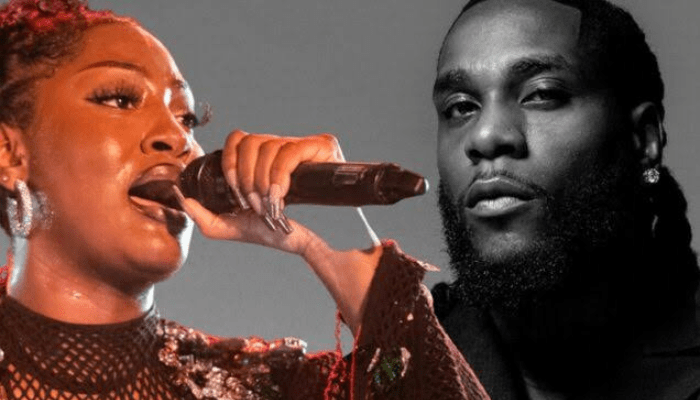 Damini Ogulu popularly known as Burna Boy and Temilade Openiyi widely known as Tems have both raked nominations at the 65th GRAMMY Awards. This would be historical for Burna Boy as he has become the first Nigerian artiste to be nominated for the Academy Awards for the 4th consecutive year.

Burna boy’s 6th studio album “Love Damini” and its lead single “Last Last” which got a global appeal got nominated in the Global Music category for best Global Music Album and best Global Music Performance respectively earning him his fifth and sixth nominations the Academy Awards, the highest of any Afrobeats artist.

Tems raked three nominations in notable categories as a featured artist on Beyoncé’ Renaissance’ for Album of the Year, and two nominations for ‘Wait For U’ with Future & Drake for Best Rap Song, and Best Melodic Rap Performance.

The 2023 GRAMMYs, officially known as the 65th GRAMMY Awards, returns to Los Angeles’ Crypto.com Arena on Sunday, Feb. 5, 2023, and will broadcast live on the CBS Television Network and stream live and on-demand on Paramount+.

The eligibility period for the 65th GRAMMY Awards according to the Academy is Friday, Oct. 1, 2021 – Friday, Sept. 30, 2022, with all eligible awards entries released within this timeframe.