Breaking Through the Silence 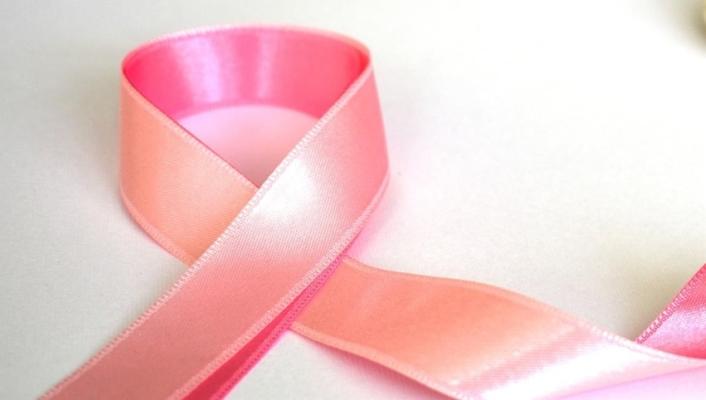 Breaking through the silence is my theme for Breast Cancer Awareness Month 2021.

I wanted to pick on a few issues people don’t talk about like stigma, misinformation, Stage 4/ Metastatic breast cancer and the fact that we still don’t have a central cancer database, so in reality it’s difficult to know how many women and men die yearly from breast cancer in Nigeria.

My name is Ngozi Ejedimu, Lawyer and a Stage 3 Triple Negative Breast Cancer Survivor. I also run the Judah Foundation for Breast Cancer. I use @whatcancernaija on Instagram to teach women to be proactive about their health and that breast cancer is not a death sentence. I didn’t have any resources when I was diagnosed, so I decided to create one.

Was I breast aware before I found the lump? Not seriously and by the way, I was 39 on an evening in October 2016 when my hand touched my right breast by God’s goodness and I found a hard immovable lump which wasn’t there before.

Breast Cancer might not be relatable especially if you don’t know anyone that has had it or died from it, but I can tell you for a fact that it’s killing a lot of young women below 40 and I have lost 4 this year. The fact that you are a woman with breasts puts you at risk, so please do regular self-breast exams.

I showed my husband the lump when he came home and I noticed he felt under my armpit as well. I would later find out that if your lymph nodes are swollen, it might be a cause for concern. We went to the hospital; a clinical breast exam was done followed by a biopsy after which the doctor announced as a matter of fact that they would have to cut off my breast. I started weeping and he just stared at me. Could the announcement have been done in a better way, but then again it wouldn’t have taken away the fact that it was possible I had breast cancer. It is good to go with someone when you notice there is something wrong with your breasts, they don’t do counselling in Nigerian Hospitals, at least the one I went to.

Waiting for the biopsy results was the longest 10 days of my life, I remember washing dishes one day and my husband walked in and I looked at Him and said “I don’t want to die” and burst into tears. At this point, I don’t think I had started striking any deals with God.

We couldn’t afford treatment, God provided and we got help through family, church and friends.

I went to India for my surgery. They removed my right breast, a process called mastectomy, and I didn’t want a reconstruction even though that option was offered. I had my first chemotherapy session in India and came back with all my drugs. I had called Nigeria and the cost of drugs was crazy. Let me mention that despite the fact that the doctors said breast cancer, a mammogram was not suggested in Nigeria because I wasn’t 40 yet, I had one done in India. There are guidelines to getting a mammogram, age is not an issue when it’s a suspicious lump. Have a talk with your doctor.

Back to my story, chemotherapy was hard, I had 16 rounds and didn’t need radiation afterwards. At one point, I wanted to stop because I felt like dying. My husband almost called a family meeting. I lost my hair, nails turned black, I turned black. The interesting thing was that I had a good appetite.

Summary of the process, found the lump in October 2016, surgery was done in November, started treatment in December 2016 and finished in April 2017.

Side effects and having to deal with fatigue can be frustrating. I am thankful to God that I am alive and helping to spread awareness about breast cancer, which starts with breast health and knowing what your breasts look like on a normal day, so it’s easy to tell when something is off.

I have to point out at this stage, that a lot of signs and symptoms of breast cancer starts off without any form of pain, so please go to the hospital if you notice anything weird on or around your breast. Ignoring it or brushing it off might not be in your best interest. Advocate for yourself even when the doctor says it’s nothing.

This is my story in a nutshell. I started off in the beginning with just telling people about how I survived breast cancer, but I have realised that all the issues around breast cancer circles back to awareness. My upcoming project is using visuals to teach awareness from a totally different angle.

Ngozi Ejedimu
Patient Advocate / Breast Cancer Survivor
Founder, The Judah Foundation for Breast Cancer. She is a lawyer with 19 years’ experience which spans across Human Resources, Marketing and Legal. She has worked with ARM, one of the top asset management companies in Nigeria and also with V+O Nigeria, a PR firm with headquarters based in Greece. She is bringing her wealth of experience of also being an entrepreneur on board in running The Judah Foundation for Breast Cancer, where her journey as a breast cancer survivor is being used to change the narrative and fear behind the disease, as well as championing the cause for patient experience in the management of breast cancer.