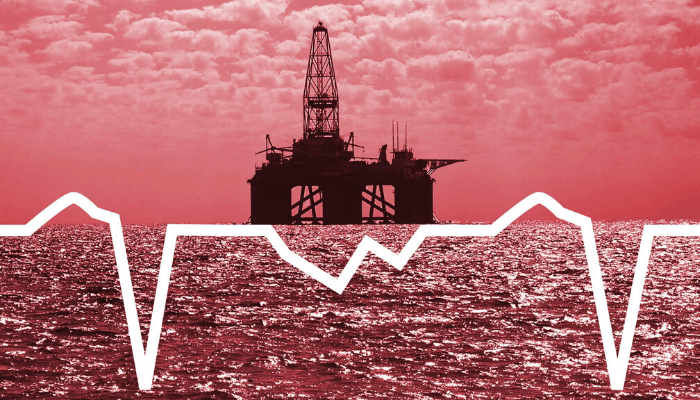 The US commodities regulator has issued a rare warning to brokers, exchanges and clearing houses, urging them to be ready for the risk that oil prices could again drop below zero.

The Commodity Futures Trading Commission advised exchanges to monitor their markets and remind them to “maintain rules to provide for the exercise of emergency authority”, including the power to “suspend or curtail trading in any contract” if markets become disorderly, according to an advisory notice released on Wednesday.

The alert comes after the US benchmark West Texas Intermediate oil contract plunged below $0 a barrel last month for the first time, as buyers searched for places to store a glut of crude.

Clearing houses “should prepare for the potential that certain contracts may experience significant price volatility, and that negative pricing is a possibility”, the notice said.

The WTI contract for June delivery is scheduled to expire next Tuesday, raising the prospect of a repeat of the chaotic final two trading days in the May oil contract, which settled at minus $37.63 a barrel on April 20.’

The move caused losses for traders and at least one futures broker, and sparked widespread criticism of an oil benchmark referenced by drillers, refiners, consumers and investors.

“We are issuing this advisory in the wake of unusually high volatility and negative pricing experienced in the May 2020 West Texas Intermediate (WTI), Light Sweet Crude Oil Futures contract on April 20,” said the eight-page advisory signed by the CFTC’s heads of market oversight, clearing and risk, and swap dealer and intermediary oversight.

A senior CFTC official said its notice applied to all contracts, not just oil, and did not represent a forecast that negative oil prices would return. “We are not predicting the market. We’re just suggesting planning,” the official said.

Brokers should carefully watch contracts as they approach their expiry date, the agency cautioned, advising them “to be particularly diligent in monitoring and assessing risks”.

Connecticut-based Interactive Brokers disclosed a $104m loss as it compensated customers who were stuck in last month’s trading around the May WTI contract. GH Financials, another broker, has since required all traders to exit front-month energy contracts five days before expiry.

Exchanges list futures contracts and operate electronic trading platforms, while clearing houses pool margin and other collateral to guarantee trades. In WTI futures, both the exchange and clearing house are operated by CME Group, the world’s largest exchange company based in Chicago.

CME first warned traders and brokers of the prospect of negative oil prices on April 8. It reiterated the possibility a week later. Intercontinental Exchange, which lists oil contracts in London, has also enabled its systems to permit negative prices.

Terry Duffy, CME chief executive, told CNBC last month that his company worked with regulators for two weeks before announcing that negative oil prices would be allowed. “So this was no secret that this was coming at us,” he said.

The CME and ICE clearing houses have also been preparing for negative pricing by switching the way they calculate pricing for options on the WTI benchmark.

The May contract plunged into negative territory last month as traders fretted about capacity constraints at the tank storage complex of Cushing, Oklahoma, the delivery point for WTI futures.

Low prices have hastened a slowdown in US oil production, however. Stocks at Cushing declined by 3m barrels last week to 62.4m barrels, the US Energy Information Administration reported on Wednesday.

Pandemic stimulus debt will ‘come back to haunt us’, warns OECD

Emerging economies hold back on asking creditors for debt relief