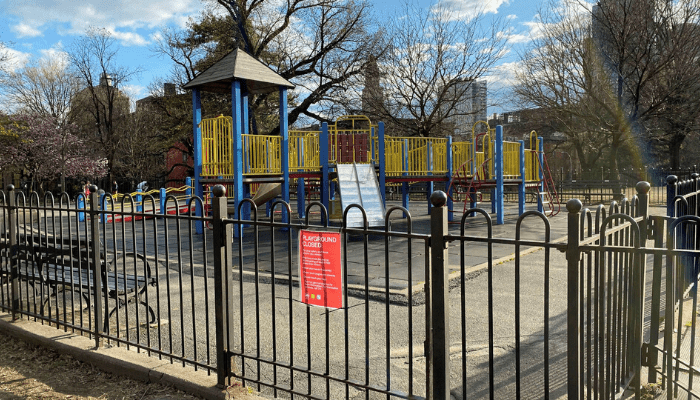 Everyone knows the drill about the barn door closing after the horse has bolted. From Italy to Britain and the US, governments have prevaricated lethally in sight of the oncoming coronavirus.

The puzzle is why the next in line do not learn from their predecessors’ mistakes. On Wednesday Florida, Mississippi and Georgia became the latest US states to declare stay-at-home orders that should have been imposed weeks ago.

Florida’s infection rate is way higher than Australia’s. Georgia overtook Japan 10 days ago. Texas only took the plunge on Tuesday. Even then, the stay-at-home order was riddled with holes. Greg Abbott, the Texas governor, insisted on including churches in its list of “essential services”. One thing every pathogen loves is a congregation. As America’s south goes, so goes Brazil and Mexico, each of which is stubbornly ignoring the lessons from elsewhere.

The mystery is why. Partly it is economic dread. Florida draws much of its revenue from tourism and retirees. Ron DeSantis, the governor, kept the beaches open for tens of thousands of college students to converge on the US south-eastern state for last month’s spring break.

Disney World, which is in the centre of Florida, also stayed open. At its reluctant closing, employees gathered closely for a photo, prompting Abigail Disney, a family heir, to tweet: “Are you f***ing kidding me?”
Mr DeSantis may have upheld spending numbers for March. But at what expense? One in four of Florida’s residents is over 65, which is 50 per cent higher than the national figure. Mr DeSantis, too, has deemed churches “essential services”. The cost to Florida of gratuitous deaths is surely higher than last month’s tourism receipts.

That same miscalculation applies to the White House on a far larger scale. Donald Trump wasted weeks dismissing the virus in the vain hope of talking up the stock market. As a result, the US has now been forced to take far more economically damaging measures to contain it.

Bill de Blasio, the Democratic mayor of New York City, which has accounted for by far the highest number of America’s coronavirus deaths, was at least as complacent as Mr Trump. He had to be forced to close the city’s St Patrick’s day parade last month. New York’s schools only closed after several other cities, including San Francisco, had already done so. The time Mr Trump and Mr de Blasio squandered can be measured in lives.

The tragedy will probably roll from America’s coasts into its heartlands. Twelve states, including Oklahoma, Alabama and South Carolina, have yet to issue shelter-in-place orders. The longer they wait, the worse the toll. After economic dread, the biggest explanation for hesitation is incompetence.

Few pundits can resist the temptation to draw morality tales from the global pandemic. In its early stages, western commentators blamed China’s authoritarian system for quashing early warning signs about the virus. Now China and Russia are gleefully pointing to deficiencies in liberal democratic culture.

Similar morals are glibly drawn within the US. Conservatives have accused the worst-hit coastal Democratic states of overreaction. The US loses many more to car crashes and ordinary influenza, they say. Those voices will fade as the virus moves from a blue state to red state America. At that point, liberals are bound to say that America’s churchgoers are tasting the fruits of their ignorance.

The real division, as Francis Fukuyama has argued in The Atlantic magazine, is between competent and incompetent states. Freedom-loving America was as late in waking up to the threat as repressive China. By contrast, liberal democratic Germany and authoritarian Singapore reacted early and well. What divides success from failure, argues Fukuyama, is “trust in government”.

Those words sound like a daydream in today’s America. In the next 24 hours, the global number of tested coronavirus infections will exceed 1m. America’s share is about a quarter of that — roughly five times where it would be on a per capita basis. In the past few weeks, everyone has become an expert on how to flatten the curve. People pore over charts with the same attention they used to read star signs.
Here is a new one: the greater a society’s trust in its government, the lower its infection rate. Call it the barn door chart. The next time Mr Trump, or Mr DeSantis, are warned about a looming disaster, they should worry about hanging on to that horse.