Tatcoin Raises over N250M from Presale 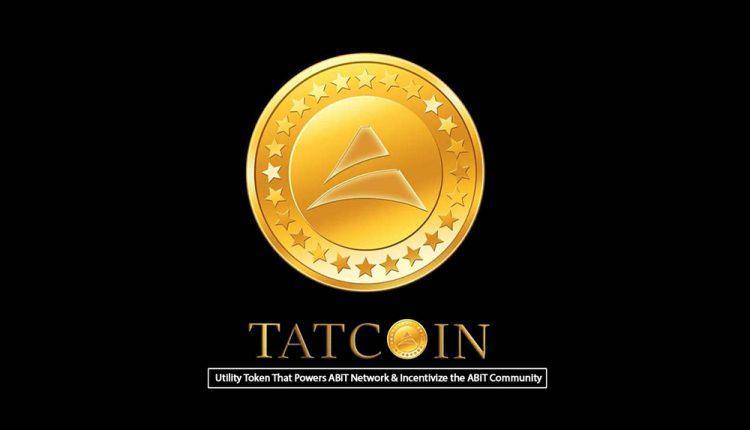 Tatcoin, a cryptocurrency that is designed to create value across various sectors, has announced that it raised over N250 million in its presale stage.

AbiT Network is currently the first and only blockchain based startup in Nigeria to single handedly raise $720,000 during its presale stage without VC Seed Fund Support.

This is a good news for the blockchain industry and all those that hold tatcoin token, with an excellent nickname now attached to their names, “Tatas.” Tatas are those that hodl Tatcoin token and strongly believe in the future of the token.

Since the start of the year, the global economy has been feeling the hardships from the mandated lockdowns due to the coronavirus, which various nation states had implemented during the last month and a half.

Lagos in particular calmed it down due to the economic impact the lockdown had – Industry Shutdowns, Supply Chains In Disarray, Food Shortages, and Rising Prices.

The global economy is not looking so good and it could get worse due to the ongoing industry lockdowns and stay-at-home orders worldwide. As a result of the pandemic, the stock market crashed so bad that it was the worst in over 10 years and also Bitcoin followed crashing with other alternative currencies but recovered as quickly as it crashed.

In no way did the pandemic affect the pre-sale, even when the date was moved , more people flowed in to get some tatcoins before the pre-sale ended.

As Nigerians look forward to tatcoin listing on crypto exchanges ,  it is important to note that more products will continue to roll out from the blockchain house, as they recently announced the release of ABiT Farms, Naira integration and other important investments into the product that will increase the value of the token over time.

As said in my past article on What to expect after Tatcoin Pre-sale, a lot of hardwork will have to go in everyday for a project to at least come out successful in future.

According to news platform, duitocoin news “AbiT Network launched tatcoin presale last year, ending December, 2019. The presale was scheduled to last till June 30, 2020. But then it successfully ended 17 days before the scheduled time.

The CEO of Tatcoin who promised to keep on his word and raise millionaires out of Africa went on to social media platform twitter to explain the features of Tatcoin . He has promised on twitter to write a letter to Tatcoin holders explaining the features of the nascent technology. He said “Dear Tatas
For the purpose of ensuring that the vision of Tatcoin is properly conveyed to all our users, I will be writing a letter to you daily.

Dear Tatas
For the purpose of ensuring that the vision of Tatcoin is properly conveyed to all our users, I will be writing a letter to you daily.

I will try to explain at least one feature of our products and the vision of the company in the letters. #Deartatas

Currently, the company will splash over N1M in search for Talent in the new Tatcoin Talent hunt. See details to participate.

For now, the Tatcoin token will only be available next when it has been listed on exchanges meaning it is best to holdl.
Share FacebookTwitterLinkedinWhatsAppEmailTelegram

Re: We work like slaves, Nigerian workers in Lebanese company cry out over maltreatment