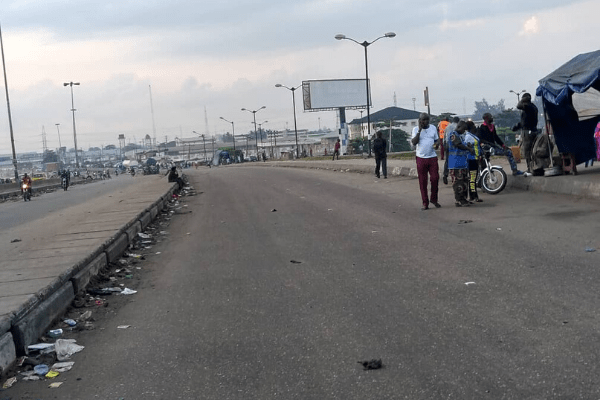 A 600-truck park is being planned by the government of Lagos State to decongestant the Apapa-Ijora Bridge which is currently occupied by hundreds of petroleum tankers and dry cargo trucks.

The state governor, Babajide Sanwo-Olu, disclosed this Wednesday morning in a live television interview on one of the national television stations in Lagos.

Sanwo-Olu did not specify the area where the truck park is to be sited and when it would be ready, but said talks were ongoing between the government and relevant stakeholders to get the facility off the ground.

There had been efforts by previous governments in Lagos to build a truck park at the Orile-Iganmu white sand area with the collaboration of operators in the downstream sector of the oil and gas industry, with no success achieved.

Under the immediate past administration of Akinwunmi Ambode work had actually started at the site, handled by Plannet Projects Limited, but it was later abandoned.

The contractor had told BusinessDay at the time that they had to leave the site because of the political uncertainty that surrounded the last months in office of the Ambode’s administration, as they were never paid,  and there were no guarantee of payment afterward.

Apapa and its environs have remained a sad narrative in terms of gridlock and traffic management, as the roads and bridges remain blocked year to year,  forcing many businesses to close shop and residents to move out to better areas of the state.

If the new move by Sanwo-Olu’s administration is taken seriously and driven to a logical conclusion, it will help reduce the number of trucks blocking the port access roads.