Milestones in empowering women and Coca Cola 5by20 initiative 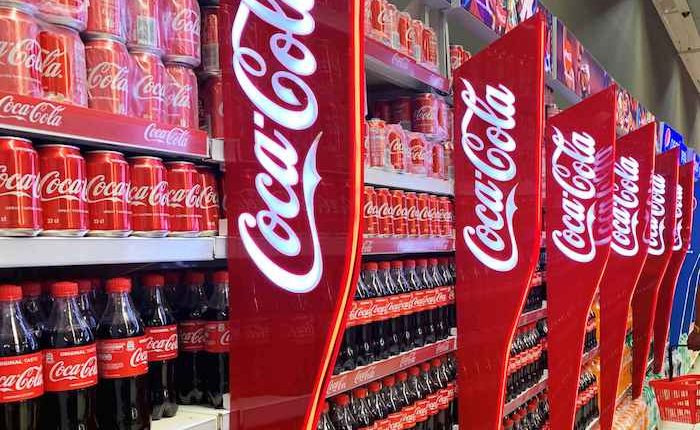 Many organisations have keyed into women and youth empowerment on the understanding of its bigger economic impact while other organisations have taken this course to greater height. This report assesses one of these initiatives of boosting women economic inclusion and productivity.

Seated at her Oba Eleguishi-based depot that raining Tuesday, Adegbami Bolaji exudes calm; an assuredness that contrasts the anxiety that once defined her life. Growing up like most young girls, Adegbami dreamt of a better life; one in which she would be empowered to walk tall like the powerful women she had grown up to admire.

After completing her secondary school education at Toro Community School, Ile-Ife in Osun State, the prospects of a university education crumbled before her very eyes. Left with no means of livelihood, the young Adegbami would go on to embrace hairstyling at a modest salon on Lagos Island – while hoping for the best in the circumstance.

“Before now, as a stylist, I was only getting by with the meagre earnings from the business. So, it was almost impossible to dream of the life I now live. Among other things, this project made me achieve the financial independence I enjoy today,” she says.

Individuals, including former Secretary-General of the United Nations, the late Kofi Annan, have also made strong cases for female empowerment, arguing that “there is no tool for development more effective than the empowerment of women.”

It is this need to empower women and place them on a solid pedestal that inspired the ‘5by20 Initiative’ of The Coca-Cola System in 2010. Conceived for women economic inclusion and productivity, the ‘5by20 Initiative’ was an off-shoot of Coca-Cola’s ‘Global Women’s Initiative’. It was created in 2007 to accelerate recruitment, advancement, and retention of women across the organisation’s value chain.

It later morphed into a 10-year master plan from 2010 – 2020 as the System collaborated with non-governmental organisations (NGOs), governments and businesses across operational locations of the company. The initiative seeks to empower five million women entrepreneurs in the global business value-chain consisting of production, supply, distribution, retail, recycling, and artisanship by 2020 through the acquisition of business skills training; loans and financial services and assets; and peer networks and mentoring.

In 2018, the System signed an MOU with the Lagos State Employment Trust Fund (LSETF) to empower 1,000 women in the state. A framework where select women received training in financial literacy and business skills, as well as start-up capital to integrate them into the Coca-Cola value chain as retailers of the company’s beverage products, was introduced.

The ‘5by20 initiative’ is in sync with the United Nations (UN) Sustainable Development Goals’ (SDGs) Inclusive and Equitable Local Development (IELD), a joint UNCDF, UNDP, and UN Women global initiative that addresses impediments women face. These include a lack of adequate infrastructure and access to services and markets, which exacerbate gender gaps and prevent women from participating fully and equally in the economy.

The IELD programme addresses these barriers through local public and private investments, with a particular emphasis on unlocking domestic capital for women economic empowerment and entrepreneurship.

In 10 years of the ‘5by20 initiative’, The Coca-Cola System, comprising Nigerian Bottling Company Limited (NBC) and Coca-Cola Nigeria Ltd, has addressed women’s unique challenges and taken them out of socio-cultural limitations to economic prominence.

Explaining how the program transformed her life, Adegbami said: “I left the hair-styling business having heard of the 5by20 program. Today, I am grateful for this decision I took to be my own boss because being a depot owner has changed my life beyond expectation. Despite the economic challenges given all that has happened this year, I still get timely incentives from promo and trade discounts that have improved my business.”

Alhaja Lawal Silifat Tola, a depot owner operating under the business name, Excel Jumatobish, echoed similar sentiments. According to her, she started as a bean cake (moin-moin) seller at construction sites before becoming a Coca-Cola depot owner having received a grant of five crates of Coke products and later N12,000 to support the business.

“Now, I am a depot owner doing very well in this business. I’m now recognised as the ‘Iya Alaje of Oregun’ meaning Market Women Leader in Oregun, Lagos. Coca-Cola business has made me a community influencer with 22 staff from the community working for me,” she said.

Today, she is one of the most successful distributors of Coca-Cola products. With proceeds from her business, she has become a homeowner and equally funded her children’s education abroad. Alhaja Coke’s story is a strong testament of how a single opportunity to empower a woman can change the narrative for people and communities.

Since India, Brazil, South Africa, and the Philippines became the first four pilot markets in 2010, the ‘5by20 Initiative’ has been steadily achieving its aim, with due recognition following. The Coca-Cola Systems was recognised with the ‘2013 Catalyst Award’ for its efforts to expand opportunities for women in business. It also won the ‘2014 Women’s Empowerment Principles Leadership Award’ for driving and advancing a partnership initiative of UN Women and the UN Global Compact.

More honours came when the ‘5by20’ campaign was named ‘Best Global Initiative for Women’s Economic Empowerment’ in 2014 at the Women in Leadership Economic Forum in Dubai.

By the end of 2013, more than 550,000 women were impacted through the initiative in 44 countries. There were over 513,000 women impacted in 2016, and more than 1.75 million since 2010 with expansion into new territories including Australia, Guatemala, Italy and Poland.

By 2017, the ‘5by20 initiative’ had enabled over 2.4 million women entrepreneurs in 75 countries. The initiative also enters sustainable partnerships with like-minded brands to accommodate more beneficiaries. The partnership eventually reached 54,000 Kenyan farmers, including 16,200 women. It provided training on basic agricultural practices, business skills and increased female farmers’ average earnings by 140% in 2017.

In Nigeria alone, in the last ten years, over 450,000 Nigerian women have benefited from the program, the System said.

Commenting on the initiative and its impact, Director, Public Affairs and Communications, NBC, Ekuma Eze said it was a community responsibility that the Coca-Cola System gladly took on.

“Offering a helping hand to people is ingrained in our brand culture at both the NBC and Coca-Cola. As a system, we firmly believe women are multipliers of opportunities and that empowering women results in sustainable outcomes for the larger society. Over the years, we have continued to demonstrate this commitment through multifaceted interventions aimed at changing the narrative for women. We are happy to provide access to business skills, training, financial services, mentoring and networking opportunities to empower women,” he said.

Also speaking, Public Affairs and Communications Manager, Coca-Cola Nigeria Limited, Nwamaka Onyemelukwe, said: “The gains of this initiative have a multiplier effect, as it focuses on women who are the backbone of the families and pillars of support for the society. “Sustainability is at the core of our business philosophy, and we recognize that empowering women in an economy is critical to achieving the 2030 Agenda for Sustainable Development. We are very proud of the impact our 5by20 intervention has had on these women. We will continue to touch lives and make humanity better and make our impact felt across the world.”

As individual, institutional and corporate efforts continue to improve the economic well-being of women, The Coca-Cola System continues to make its mark with a decade of human capital growth through the ‘5by20 initiative’. But this, the company said, is only the beginning, as it is poised to do more for gender inclusion and empowerment in the coming years.

Why brand custodians’ lifestyle must align with their brands’ core values

Coca-cola to unveil wall murals across in celebration of Nigeria’s strength,…

NIMN optimistic of better 2021 despite COVID-19