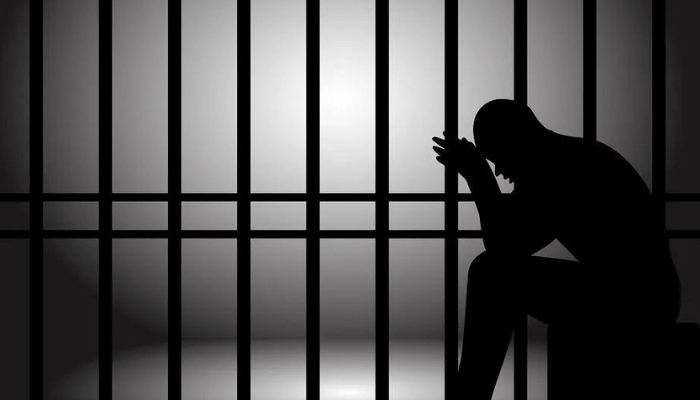 Twelve years… that’s how long I was incarcerated for a crime I did not commit. My name is Joseph and coincidentally, I share a similar story with my namesake in the Bible.

I came to live with Barrister Erastus and his family when I was sixteen. His wife had a reputation for sleeping with young boys but this was a rumour among the domestic staff. It was none of my business so I left it as it was… a rumour.

By the time my bosses’ children relocated abroad, the chores around the house reduced drastically and most of the domestic staff were relieved of their services but I was retained. I had the privilege of attending evening classes and because of my excellent results, my boss who was now a Judge encouraged me to enrol at a technical school.

Justice Erastus travelled a lot and I began to notice some of the things that my colleagues used to say about his wife. She would tell me that she was expecting her nephew, cousin or friend’s son and that I should let them into the house or direct them to her bedroom whenever they came around. These boys were young and I was embarrassed on her behalf. This woman had no shame.

At some point, I started to get uncomfortable around her because of the way she looked at me. Sometimes she’d tease me about how I used to be a little cockroach when I first came to live with her and how I have now become a ‘manly man’.

At first I didn’t know if this was meant to be a compliment or something like it until the day she pinched my butt. The nerve of her! For a minute I actually forgot that she was my boss and I gave her a piece of my tongue that I reserved for stupid people. She wasn’t worthy of my respect so I served the insult to her hot.

I’m sure she didn’t expect my outburst because she was visibly shocked and tried to explain that what happened was a mistake and she also warned that I mind the way I talk to her. I only apologized to her because I didn’t want to lose my job.

Her toy boys continued to visit the house, and for me, as long as she kept her shenanigans far from me, whatever she did with her life was not my business. I spoke too soon because one night when the man of the house was away as usual, his wife asked me to serve her dinner in her bedroom. This had never happened before. I thought she was under the weather until I walked into her room and saw her stark naked. My madam, Mrs Erastus the business mogul was on her knees begging me to have sex with her. She promised to get me the latest phone, change my wardrobe and increase my salary if I did what she wanted. I knew there was going to be a scuffle or some kind of drama if I turned her down outrightly so I pretended to play along, then I told her to give me a minute to run downstairs and turn off the gas cooker.

Boy did I run. Not to the kitchen but to my friend’s house where I planned to remain until Justice Erastus got back. I would have to cook up a story to tell him if he asks why I left the house the way I did.

Imagine my shock when my friend’s house was rounded up two days later by armed Police men. There was an allegation against me that I got high on drugs and tried to rape Mrs Erastus. In a system, where the voice of the poor man is stiffled, I was not given my day in court but transported straight to jail. My friend contacted my family but all their efforts to get me out was unfruitful.

So for the next twelve years I was holed up in the prison until I was recently granted state pardon. My family couldn’t do anything to get me out of prison, so they “sorted” the prison official inorder for me to be taken care of. Over time, I became one of the favorite inmates. Most of the officials thought I was nice and likeable, a few of them actually believed that I was wrongly accused but there was nothing they could do except treat me differently.

I was quite comfortable while in prison. I didn’t eat the prison food because my family made adequate provision for my feeding. I had a phone with internet connection. I worked as a technical handyman and got tips from time to time, the only thing I didn’t have was my freedom.

Read also: Review on the book, ‘Air Transportation in Nigeria: The Lingering Expectations

Back to when I was released from prison. It wasn’t easy to integrate back into the society but I was determined not to allow my past hold me back. I was grateful for the opportunity to get a job as the technical support in a new company. They were desperate for a staff to fill in that particular position so they didn’t bother to run a check on my false Resumé. I’m a good person but prison life taught me that when push becomes shove, “a man gatta do what a man gatta do” to get by.

At work, I had to report to people that were younger than me just because they were more educated and better qualified. If only Mrs Erastus didn’t tell her husband a lie about me, I would have gotten an education and gone up the professional ladder.

Hmm Mrs Erastus…. I didn’t forget her. I never did.

I heard from a reliable source that the Honorable Justice Erastus was dead and his promiscuous wife still lived in their home but shuttled between Nigeria and overseas to see her children and grandchildren.

I went by the house a few times to monitor, observe and take note of her movement because I owed her a visit. Unlike the Biblical Joseph, I know that Mrs Erastus and I definitely have a score or two to settle.

On the set day, I arrived at the house and walked to that familiar gate, I told the security man that I wanted to see madam. “Tell her that her nephew Ailoje is here to see her”.

Ailoje was her favorite toy boy back in the day. I was a bit skeptical about what I was doing. I wasn’t sure if what I said would give me the access I needed to get into the house but alas it worked as the security guy returned to usher me into the mansion.

Pretending to really be madam’s nice nephew, I gave the guard some money and also offered the him some of my snacks which I already loaded with sedatives.

The mansion hadn’t change much after all these years, just a few renovations here and there. Here I was, thirteen years later, walking towards the woman who ruined my life.

I walked into the the living room and a young teenage boy says to me, “your Aunty said you should meet her upstairs”. That used to be me several years ago. I smiled as I repeated the same gesture I did with the guard.

Right now I’m walking up the stairs towards her bedroom. The past thirteen years of my life flash before my eyes in an instant. Seething pain ravaging my heart. A taste for revenge running through my veins. I clench my teeth and I feel blood in my mouth as I bite my tongue. Mrs Erastus is at my mercy but I honestly don’t know what I’m going to do when I see her.