Review on the book, ‘Air Transportation in Nigeria: The Lingering Expectations 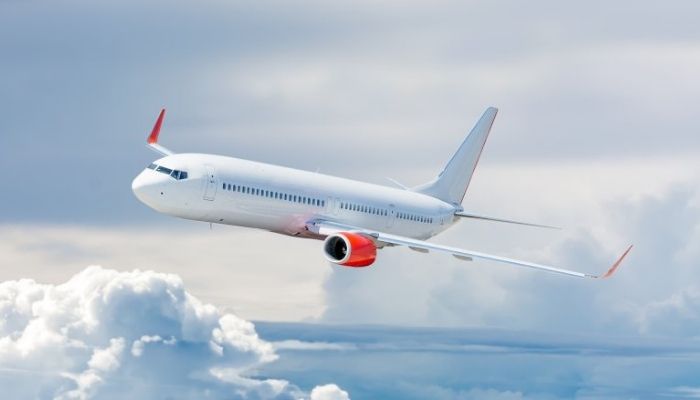 The book takes the reader on an excursion into the developments, prospects, and challenges of Nigeria’s aviation industry from inception in 1925 when the first Royal Air Force Squadron flew into Kano and Maiduguri and subsequently in 1946 when the West African Transport Authority was established after extensive surveys were carried out by the British Ministry of Civil Aviation and the Colonial Office for the then four colonial governments of Nigeria, Gold Coast (Ghana), Sierra Leone and The Gambia.

Succinctly put, the book written by two award-winning and seasoned journalists, can be described as a handbook of Nigeria’s civil aviation industry. The authors identified the inherent problems stultifying the aviation industry, analysed them and came up with the way out of the problems. Most common among the problems are inconsistent government policies and gaps in implementation as well as endemic corruption perpetrated by those saddled with the responsibility of ensuring the safety and effective management of the air transport system in Nigeria.

The book is divided into 16 chapters. Chapter one deals on Air Transport Development in Nigeria, chapter two, the Birth of Aviation Agencies while chapter three dwells on the Death of Nigeria Airways and chapter four on Deregulation of Nigeria’s Aviation.

“It is not difficult to identify the reason Nigeria Airways crumbled. In fact, attempts to resuscitate the airline proved abortive because of the same reasons. It would not be wrong to assert that some Nigerian aviation stakeholders and appointees of the government only used the flag carrier as an opportunity to embezzle public funds. Three major factors could be identified as basic in the demise of Nigeria Airways and these included corruption, poor management and the structure of airlines’ ownership. Furthermore, it can be identified that the Nigerian Government is not only a bad manager in the aviation sector, but also in most other sectors…” Page 86.

In chapters five, six, seven, and eight, the authors discuss Policy Formulation, Policy Summersault, Concession Challenges, and prospects, and Airline Ownership syndrome respectively. The Birth, Threat, and Death of Nigerian Airlines was the thrust of Chapter nine while chapter 10 dwells on Wrong Equipment, Right Routes; chapter 11, The Interference; and chapter 12, The Interventions.

Chapter 13 is on The Failed Attempts of New National Carrier while chapter 14 discusses the untapped Markets – Alliance, Collaboration, Interline, and Codeshare. Chapters 15 and 16 treat the Impact of AMCON incursion; and how COVID-19 brought the industry to its knees, respectively.

Of particular interest is the analysis of the circumstances leading to the liquidation of Nigeria Airways in 2003 and the demand for a new national carrier after unsuccessful attempts to re-launch the carrier. The analysis and solutions proffered in the book can help the Federal Government in the onerous task of giving the nation a new national carrier.

For instance, on the gains and attendant problems resulting from the deregulation of the industry, the authors write, “At the peak of its operations, Nigeria Airways in 1983 airlifted about two million passengers; and then the market demand was projected to be about four million. In other words, travellers who could afford and would want to travel by air could not do so due to the lack of capacity by NAL … This affected its expansion and growth as expected, it was never efficiently managed because it was mired in politics, and subjected to the whims of the government,” Page 97.

On the whole, the authors made an in-depth analysis of the problems bedeviling the industry and suggested solutions or the way forward.

Musa Nuhu, the Director-General, Nigeria Civil Aviation Authority, attests to this when he writes in the foreword to the book thus, “It is commendable that the authors put in a lot of work, but what is interesting about the book is that it was written by journalists who have detached disposition to look at issues from the observer perspective, digging deep without sentiment and chiding misdemeanours that begat the dark days in the sector. The book exposes us to salient issues, which we must ponder about as stakeholders.”

Chinedu and Koiki relied on their wealth of knowledge and experience garnered in coverage of the aviation industry over the last 30 years cumulatively, and aided by their journalistic skills of research as the basis of inquiry into the phenomenon of civil aviation in the country, coupled by their methodical presentation of findings to deliver a masterpiece.

The book’s offerings will be beneficial especially to the Ministry of Aviation and all those at the helm of affairs in the regulatory agencies, aircraft owners, current and prospective managers of our airports as well as all those saddled with the responsibility of ensuring safety and effective management of air transportation in the country.

The book can also be recommended to students, researchers, and scholars in our tertiary institutions and public libraries in the country.

The book is written in a lucid style, making it easy for anyone interested in the future of Nigeria’s aviation industry and the public to read and understand.

The authors were motivated to write the book by their “desire to put past and present activities in the sector in a permanent document.” They have done a fantastic job of it. It is said that a known problem is half solved. But whether the government and those at the helm of affairs of the aviation industry would take advantage of their insight into the myriad of problems identified and the solutions proffered is another kettle of fish.