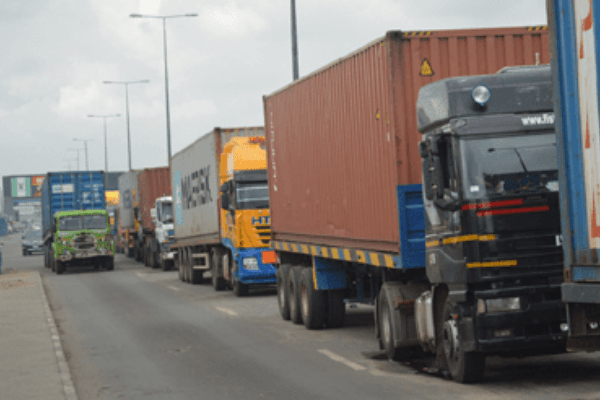 Share
Manufacturers are presently bearing the brunt of poor transport infrastructure across the nation’s supply chain as about 46 percent of their production cost now goes to the transportation component of the manufacturing business.
As a result, Nigerian manufacturers cannot compete with their counterparts in China and even in Benin Republic due to lack of effective and modern transport system.
This was the key takeaway from the opening of the ongoing 3-day National Summit organised by the Chartered Institute of Transport Administration Nigeria (CIoTA), with the theme, “Unlocking the Potential of Transportation for Sustainable Development.”
Speaking in Abuja on Tuesday at the event, Hassan Bello, keynote speaker, said the United Nations Conference on Trade and Development (UNCTAD) has scored Nigerian very low due to lack of connectivity.
According to him, transport infrastructure brings down the cost of doing business, and that if Nigeria has good roads, railway, and power sector, the manufacturers will have a competitive advantage over other countries.
Bello, who doubles as the executive secretary of the Nigerian Shippers’ Council (NSC), said it cost hundreds of thousands to hire a truck from Lagos to Kaduna to move one by 20 feet container, but cost less to move same by rail.
“There is massive distortion in the transport system, which is eating up the economy and for a country that wants to diversify its economy, it cannot work. Our problem is using one mode of transportation all the time without alternative,” Bello said.
He further pointed out that there must be a policy that a certain percentage of goods must be carried by inland waterways, road, pipeline and a majority by rail.
“If we have the pipeline, tankers would not be going to Apapa because pipelines are means of transport. The connectivity of pipeline, inland waterways, railway and air transportation are critical. The port in Baro must be able to speak to the Inland Dry Port in Kaduna,” he said.
Citing example, Bello stated that a train from Kaduna to Abuja along narrow gauge is about 40km per hour, which is tedious and not efficient and by the time the rail is rehabilitated, it could do 75 to 100 km/ hour.
In his presentation, Fidet Okhiria, managing director of the Nigerian Railway Corporation, who collaborated this, said the cost of moving goods from the point of production to another place where it was needed, is quite higher than the cost of raw materials used in producing the goods.
“This affects the growth and development of commerce and industry in Nigeria. But with cheap and effective movement of goods enhances industrialisation,” he said.
Bashir Jamoh, president of CIoTA, who blamed the persistent gridlock in Apapa Port city, said that the Institute is presently conducting research to discover the best way to handle Apapa gridlock for ease of cargo movement.
“In other countries, the most important road is access road to the port and CIoTA will by the first quarter of 2020 introduce a volunteer group by pushing for members of Nigerian Youth Service Corps (NYSC) that would work with the Federal Road Safety Commission (FRSC) to reduce the problem in Apapa,” he said.
According to him, the improvement of transport sector in Nigeria will go a long way in providing jobs for Nigerians, but CIoTA is critical thinking of what to do in the area of advocacy.
Share FacebookTwitterLinkedinWhatsAppEmail

Governor Ishaku swears in 23 commissioners after six months in office