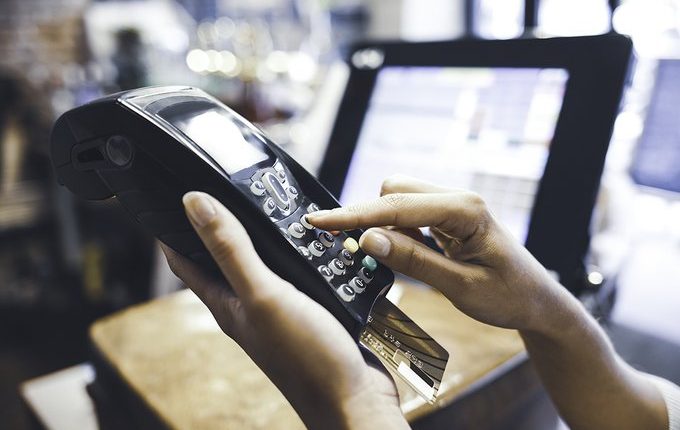 Visa may be the second-largest card provider in the world after UnionPay, but it is failing to replicate that feat in Nigeria where Mastercard has the biggest share of card brands used on Point of Sale (PoS) transactions in the country. But a flurry of investments in Nigerian-based payment firms in recent times, including a 20 percent stake in Interswitch could give Visa a fighting chance.

Card-based payments which include debit cards, credit cards and prepaid and cash cards are becoming popular and authorities in Nigeria see them as a major vehicle for increasing cashless transactions and reducing the pervasive use of cash. Hence, the Central Bank of Nigeria (CBN), the deposit money banks and payment system providers are making frantic efforts to promote the use of cards in making payment.

Data from the Nigeria Inter-Bank Settlement System (NIBSS) shows that Mastercard continues to be the leading card brand used on PoS with 104 million transactions (55.3%), representing a 48 percent increase in the first half of 2019. Visa accounts for 31.3 million cards (16.6%) used on PoS transactions between January and June 2019, representing an 81 percent increase from the same period in 2018. 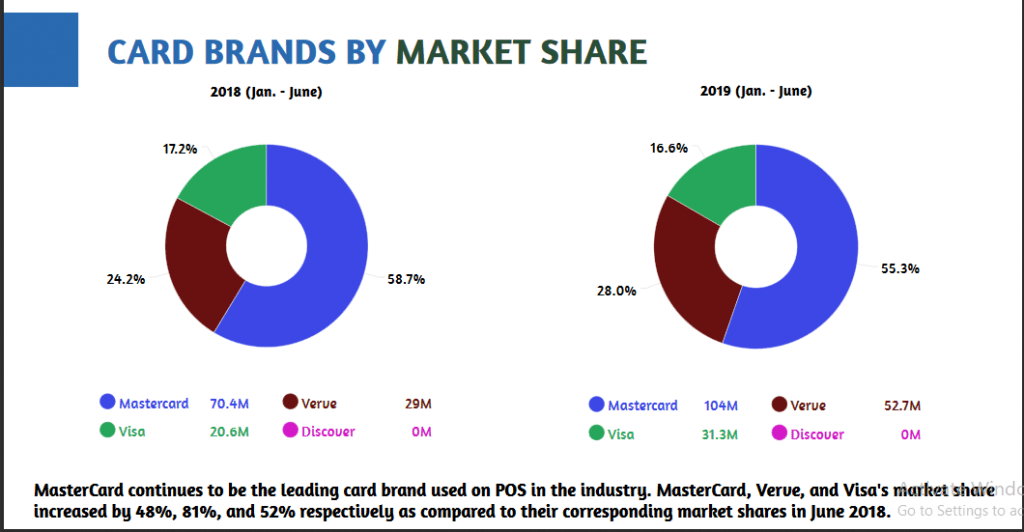 The second position is Verve which controls 52.7 million cards used on PoS in Nigeria representing a 52 percent growth compared to market shares in June 2018.

Data released by the Central Bank of Nigeria in September, however, show that the figures may have moved even farther northward as the total volume of PoS transactions stood at 309 million.

In November, Interswitch sold a 20 percent minority equity stake worth $200 million to Visa, which led to the former becoming one of the most valuable African Fintech businesses with a valuation of $1 billion and the first Nigerian payment company to become a unicorn. Visa’s acquisition also put it in league with existing Interswitch shareholders such as Helios Investment Partners, TA Associates and IFC alongside company management.

Aside from running a switching and processing services, Interswitch owns Verve which is arguably the largest domestic debit card scheme in Africa with more than 19 million cards activated on its network as of May 2019. Interswitch also owns Quickteller, a multichannel consumer payments platforms, driving financial financial inclusion across Nigeria with over 270,000 access points, as of 2018, from which consumers can initiate peer-to-peer transfers, bill payments, airtime purchases, and other e-commerce transactions, processing over 42 million transactions monthly as of 31 July 2019 (equivalent to over NGN560 billion (US$1.5 billion) through direct, indirect and Paypoint channels).

Although merging the Visa card and Verve card may not be on the table at the moment, the 20 percent equity allows Visa to grow its portfolio in the industry in Nigeria.

It should also be noted that it is not the first time Visa and Interswitch are allying. In 2017, both companies partnered to scale the adoption of mobile payments throughout West Africa. As a result of the partnership, there was an upgrade and switch to the mVisa platform which saved merchants the cost of deploying PoS terminals by accepting payments on the mVisa platform.

To be sure, the card market in the country is still in its infancy. For instance, there were only 11 transactions per adult per annum in 2018 compared to 92 in markets like South Africa, 126 in Brazil and 465 in the United Kingdom.

Despite this market under-penetration, POS card transactions in Nigeria are expected to grow at a CAGR of 63 percent between 2018 and 2023.

As a payment expert noted, the rush to build stakes in African businesses by Visa and Mastercard is being driven by a desire to take advantage of established platforms in markets that are both fast-growing and under-penetrated. However, while Mastercard’s investment in Network International may have helped it secure its share in two markets – Africa and the Middle East, Visa’s relationship with Interswitch – an entrenched domestic player – may prove a master stroke as it hopes to tap from the domestic strength of Interswitch.

The Company Secretary – supporting board effectiveness