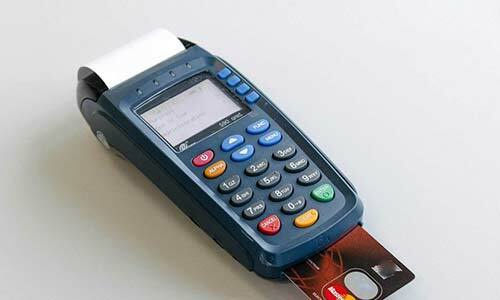 As merchants and organisations rush to ensure compliance of the directive given by the Central Bank of Nigeria for banks to charge N50 on every Point of Sale (PoS) service from N1,000 and above, the volume of transactions that fail is increasing

A three days data monitoring by BusinessDay, on Monday 28, 2019, from the Nigerian Interbank Settlement Service System (NIBSS) showed that failure rate ranged between 19 percent to 20 percent of total transaction volume. Rates didn’t change any on Tuesday, it remained locked within 19 to 20 percent ranges. However, Wednesday saw a spike to 20.230ⁿ percent in failed transactions.

We also noticed that the number of PoS transactions carried out in the evening was less than 2,000 compared to over 11,000 in done transacted in the day.

This is aside from the value of transaction which is struggling to reach the December peak. In June, the total value of PoS transactions lost nearly N12 billion from the previous month.

“Banks shall unbundle merchant settlement amounts and charge applicable taxes and duties on individual transactions as stipulated by regulations,” the CBN had said in a circular released in September.

Soon after the circular was released, banks quickly sent out notices to customers. From October, customers began to report they were being asked to pay extra N50 at petrol filling stations, shopping malls on their PoS transactions.

Etuwewe Prince, narrated his experience ongoing to buy petrol, “@Oando_PLC now charges N50 for any PoS transaction at their filling station. I just got the shock of my life now. The station attendant says it’s an official company policy.”

Several Nigerians who had similar experiences at different filling stations and malls said they were considering using cash henceforth to make their purchases. Also, in a bid to encourage more patronage some businesses are finding a way around PoS.

“Tried fuelling at five filling stations and four (including three mega marketers) told me outrightly they hadn’t POS. Got lucky at the fifth,” tweeted Solomon Apenja. “CBN is disincentivising its cashless economy system.” 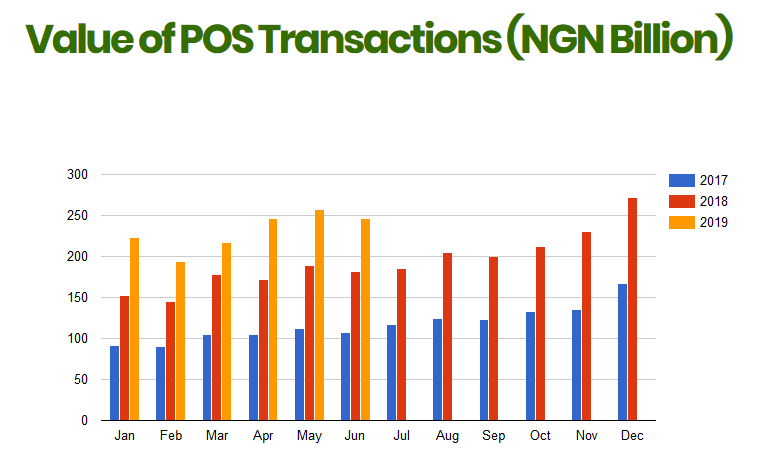 How does a PoS system work?

There are multiple points required to complete a PoS transaction.

In Nigeria, these points could include the banks issuing the PoS; NIBSS is supposed to provide reliable data channel as well as services on terminal certification; Payment Terminal Service Aggregators (PTSA) which deploys, carry out maintenance and support of PoS terminals on behalf of the acquiring banks; and there is an internet provider. Most PoS terminals are provided with connectivity via a GSM subscriber identity module (SIM). MTN carries most of the PoS transactions in Nigeria.

Usually, once a card is used at any POS in any business, the payment is then authorised through the acquiring bank. The acquiring bank refers to the bank where the merchant has an account. The acquiring bank will then issue an authorization request to the card-issuing bank. Once authorization is confirmed, the approval code is sent back to the POS. In many cases, this should take mere seconds so the payment can be taken for goods and services. The average processing time in Nigeria often depends on the quality of the network available.

Any one of the points can fail at any time.

The decline in the volume and value of transactions on PoS recorded in February and March is largely due to an increase in decline incidences. The failure rate in 2019 has gone from 14 and 15 percent to over 20 percent as earlier shown. The implication is that today, for every 100 attempts to process card payment on PoS terminals, 19 to 20 are likely to fail.

Increasing the failure rate shapes the attitude of merchants and affects the adoption of the technology. It is then compounded with the N50 Stamp duty charge on transactions. This informs why many merchants would encourage customers to pay with cash rather than PoS which moves the cashless drive backward.

To address the failure rate, it is suggested that the CBN licenses more aggregators and force the PoS to be able to talk to more than one aggregator depending on availability. Since PoS terminals in Nigeria are usually dual SIM, why should the aggregators not be load balanced as well? Aggregators should be forced to have similar prices so that competition can only be by performance and reliability. Banks that own these terminals, will then be at liberty to switch between aggregators based on performance.

Versatility in financial services through technology

Is Nigeria’s payment system ready for a coronavirus lockdown?

Versatility in financial services through technology