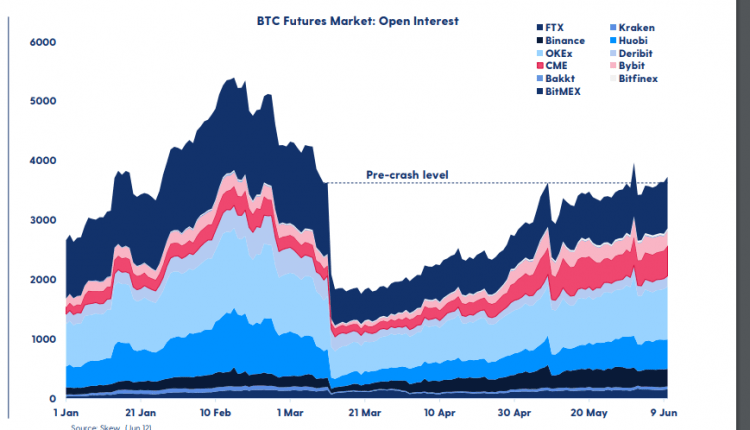 Investors’ hopes of a bull run from the world’s most valuable cryptocurrency are turning into uncertainty as market forces continue to keep the price of Bitcoin pressed below $10,000.

A Bloomberg report earlier in June had predicted that the bitcoin market would likely see the all-time highs of $20,000 it saw in 2017 unless a really bad event happens in the course of the year. Investors had expected that forecast to be followed with consistent price appreciation, instead, the market had taken a solid hit over the week.

Prior to surging towards $20,000 in 2017, the bulls were already in full swing from the beginning of the year. The price rose from $2000 in May to $4,400 in August and finally closed at over $19,000 in that year. This year has been different despite a successful bitcoin halving. The price fluctuation in 2020 leaves little hope that 2017 rally would be replicated or even surpassed. It began the year at $9,388 from $7,179 in December and has struggled since to cross that ceiling.

According to a weekly insight by the global cryptocurrency exchange, Luno in collaboration with Arcane Research, the Fear & Greed Index dropped back down in the ‘fear’ zone last week following a drop to below $9000. The Index dropped to 37, the lowest level since late April.

CNNMoney created the fear and greed index to measure the performance of stocks on a daily, weekly, monthly, and yearly basis. The index is based on the two most primary emotions that investors feel – fear and greed.

The negative sentiment cuts across the entire cryptocurrency market as many cryptocurrencies dropped gains. According to Luno, the Small Caps Index is still the best performer in June but has almost erased all gains over the past week. The rest of the indexes have been performing worse, and are down between 3-5 percent so far in June.

“And as we normally see when the market drops, altcoins fall harder than bitcoin, which is reflected in the dominance overview this week, with bitcoin gaining market share,” analysts at Luno said.

As of the time of writing this article, the price of bitcoin was at $9,540 which signals a form of recovery. On Monday, the number of investors holding a large amount of bitcoin is reportedly approaching levels the cryptocurrency community has not seen since the rally to $20,000 in 2017.

“Bulls want BTC to hold the uptrend that has been forming throughout May, with higher lows. This is still not invalidated and could lead to a new push towards the yearly high,” said analysts at Luno.