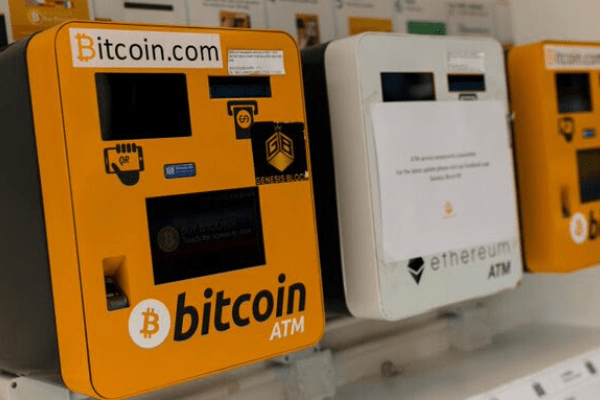 An increased number of Nigerians hoping to reduce the impact of the COVID-19 pandemic on their personal income, are running cryptocurrencies with the expectation of growing and safeguarding their assets and making money through buying and selling bitcoin, Ethereum, and other profitable altcoins.

Stakeholders who spoke to BusinessDay said they have seen growth in various segments of the market including trading, selling, and holding. Also, more people are paying to learn the strategies for winning in the market. However, accepting cryptocurrencies as a means of exchange remains a hard nut to crack.

Prior to the outbreak of the COVID-19 pandemic, Nigeria has been grappling with a weak economy. The IMF had revised the 2020 GDP growth rate from 2.5 percent to 2 percent as a result of relatively low oil prices and limited fiscal space. Nigeria’s burgeoning debt profile has also been a source of concern for policymakers and development practitioners as the most recent estimate puts the debt service-to-revenue ratio at 60 percent, which is likely to worsen amid the steep decline in revenue associated with falling oil prices.

Before the crisis, the World Bank estimates that 4 in 10 Nigerians were living below the national poverty line, and millions more were living just above the poverty line, making them vulnerable to falling back into poverty when shocks occur.

Forecast from Bloomberg has also projected that bitcoin could possibly repeat its 2017 all-time highs of $20,000 by the end of the year following a successful halving event in May. Expectations are therefore high that the market will soon be minting millionaires as it did in 2017.

Nigerians apparently do not want to be left out. Owenize Odia, country manager of Luno, a global exchange that recently announced a user base of 4 million, told BusinessDay it has seen a spike in volume of transactions in Nigeria as activities on its platform has risen more than triple what they used to be.

“Our signup volume has tripled and transaction volume has increased. Every day we get over a thousand signups from people here in Nigeria. The global financial system volatility and the interest of people in diversifying their portfolio have really helped us. Our numbers have increased,” Odia said.

A webinar meeting the company held in May to provide education on trading bitcoin was attended by over a thousand people.

The increased awareness has been building beyond the pandemic era and has earned Nigeria some recognition globally.

In 2019, Lagos emerged the number one city based on online search volumes for bitcoin worldwide on Google. Nigeria also ranked fifth in the world with its 11 percent of people who own or are using cryptocurrencies, according to an Arcade Research released in May 2020.

Global cryptocurrency companies like Binance have increased their presence in Nigeria, by securing a physical space and expanding their team.

Rume Ophi, Partner and Brand Strategist of Vorem Nigeria, a blockchain company transacting digital assets to fiat, also known as over the counter (OTC) trade market, told BusinessDay that the growth in Nigeria is down to people wanting to make money and also looking for the right strategies. His company has also seen significant growth in the number of students signing for his virtual cryptocurrency masterclasses.

“I have had more students to teach for my masterclasses,” he said.

Before the spread of COVID-19, Ophi’s students were about 1000. In the last two months, however, he has taught 15 classes which consist of 20 students each. He charges $300 per student.

“Because more people are looking at their existing financial assets and are thinking “Hey where else can I invest my money in? And how can I make an extra Naira here or there.” For these questions cryptocurrency is providing easy answers that it almost seems like cheating at an exam,” Buchi told BusinessDay via mail.

But he is quick to add that current activity is not an indication of market maturity, rather it is more of a morale booster for exchanges like Quidax and could be a sign of what the future holds.