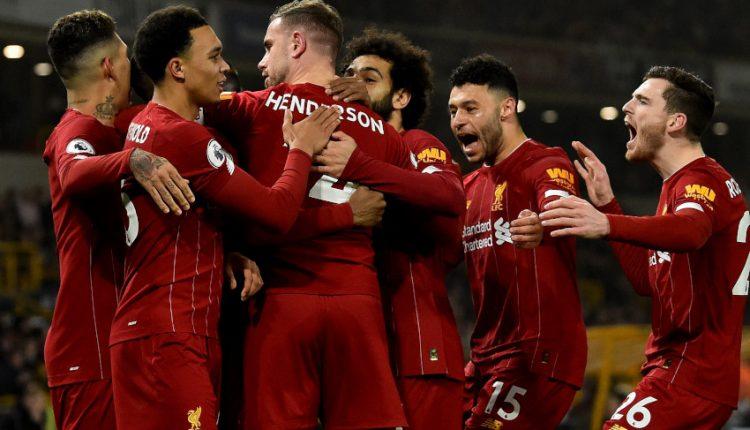 Liverpool are crowned 2019/20 Premier League champions thanks  to Chelsea’s 2-1 win over Manchester City which ended the Reds’ 30 years title drought.

Winning the Premier League brings with it all sorts of concomitant financial rewards, but the immediate prize for the champions is currently in the region of £150 million.

Liverpool had moved within two points of the title with a 4-0 demolition of Crystal Palace at Anfield on Wednesday.

Their 28th win in 31 league games this season prompted Liverpool star Mohamed Salah to declare “now is our time to win the league” and 24 hours later his wish was granted.

Liverpool’s coronation has been on the cards since Christmas but was delayed and even under threat due to the coronavirus shutdown.

Klopp, who has restored a winning mentality to Liverpool with his brand of “heavy metal” football, was watching at home. The German manager already led the club to the Champions League title last year, but this will widely be regarded as the moment he truly brought Liverpool back to the pinnacle of English football.

We have killed key bandit leaders in Zamfara – Military