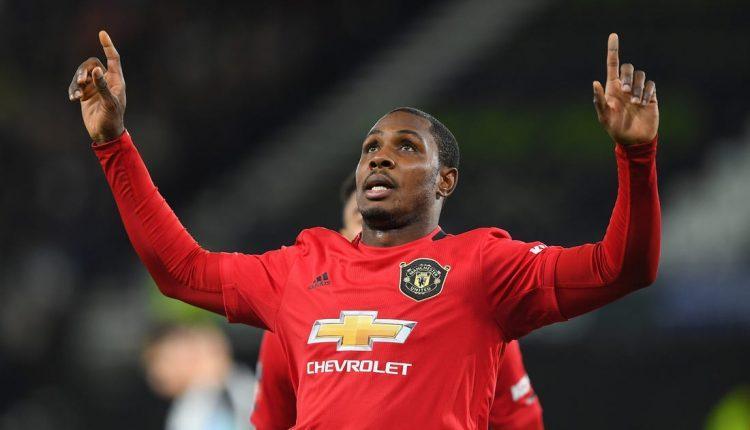 Odion Ighalo is playing on borrowed time after Manchester United was able to secure a loan deal extension with Shanghai Shenhua. The deal does not include a buy option, meaning the Nigerian striker will only be at Old Trafford until January 2021. Regardless, it appears that is not bothering the 31-year-old football player who now finds himself taking on a new role with the Red Devils.

With Anthony Martial and Marcus Rashford, Ighalo’s role has changed a bit. He is no longer the prime option on offensive attacks and is now tasked to support both players. The Nigerian has no qualms about it, knowing that he needs to be at the right place at the right time. Hence, the main thing he needs to do is to just keep on running alongside Martial and Rashford. He will get his opportunity and he seems pretty fine with the setup.

“If you can’t touch the ball or you can’t do anything with the ball, you have to unsettle the defenders so your other teammates can move and do something with the ball. It’s what I was trying to do in the first half against Norwich when I wasn’t getting too many balls,” Ighalo told United Review.

Though he is on loan, Ighalo is no stranger to Premier League play. He has the experience to show, having previously played for Watford. According to the report, Ighalo believes he is stronger now and has improved a lot for his part while wearing the Manchester United uniform.

“You have to keep the mentality the same, work hard and take the chance when it comes. You play for the team, even if you don’t score a goal, you can give an assist and work for the team. That’s the most important thing because it’s a team game,” Ighalo said.

With Rashford back in harness, critics felt that Ighalo would be lost in the mix. But as expected, Solskjaer made the necessary adjustments to make them all co-exist. However, this setup is only good until January 2021 unless the Red Devils engage in new talks to sign Ighalo to a permanent deal.

‘We are building future leaders with HiFL Masterclass Series’