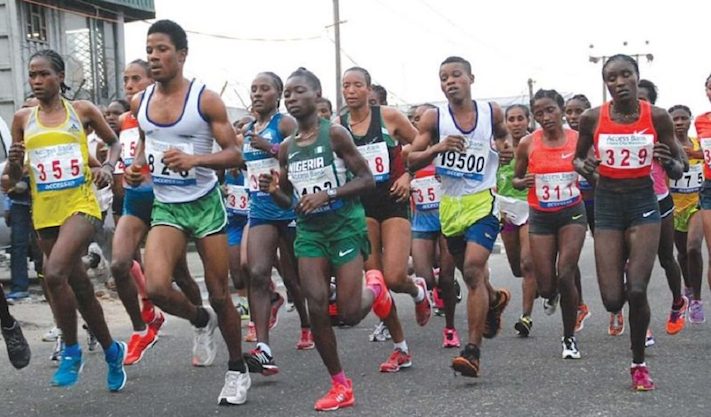 Two of Nigeria’s top elite road race runners Adamu Muazu and Williams Kefas have assured it would no longer be business as usual for the East Africans; especially Kenyans at this year’s Access Bank Lagos City Marathon.

Unlike in the women’s category where a Nigerian has actually broken into the ranks to finish among the top 10, the men have watched helplessly as the Kenyans and Ethiopians cart away the dollars reserved for the fastest runners.

Iliya Pam in 2019 came the closest in breaking into the top 10 but his winning time of 2:32:24 in the Nigeria category was only good for 15th position overall.

Ahead of the 2021 edition of the Lagos Marathon, there have been fewer competitions for the runners due to the coronavirus pandemic, and while this might be viewed as a snag, Kefas suggested otherwise as he revealed he has had more training time without burning himself out before the big race in Lagos.

He said: “This marathon, I am very ready to achieve a lot in Lagos. I have been training so hard for it and at the moment, my wife even said she cannot understand me again because all I do now is train, train and train every time. I am looking for my best, I really want to enter the top 10. We want to get a time that will make the AFN see that we the long-distance runners have been training hard.

Muazu is equally fired and while he has tall ambitions for himself, he believes impossible is nothing even as he suggests he and his colleagues are already narrowing the gap with the East Africans.

He said: “We are tired of fighting for the first Nigerian prize, who says we cannot win the main prize? I am going for the medal in Lagos and probably break the national record.

Though Muazu believes much more still needs to be done to make the Nigerian runners be at par with their East African counterparts, he admits they are on the right track running in globally acclaimed races like the Access Bank City Marathon.

The sixth edition of the Access Bank Lagos City Marathon will be taking place on Saturday, April with only 300 elite runners on parade.