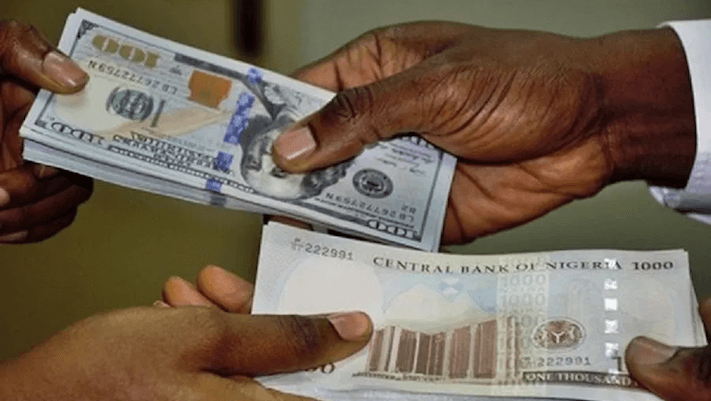 The Manufacturers Association of Nigeria (MAN) has commended the decision of the Central Bank of Nigeria (CBN) to discontinue the sale of foreign exchange (FX) to Bureau De Change (BDC) operators, following reports of improper activities over time.

This was disclosed in a statement signed by Segun Ajayi Kadir, director general, MAN where he mentioned that availability and easy accessibility of FX for local manufacturers has been a challenge over the years despite its importance.

The problem of FX shortage was further aggravated by the activities of the BDC operators who acted as alternative sources of FX, as their operations were filled with round-tripping and other financial incongruities, which negates the overall objectives of creating the BDC forex market.

“The dominance of BDC market has unpleasant implication for the manufacturing sector, manufacturers source forex at the BDC window at exorbitant cost, notwithstanding the consequent implication on cost of production and competitiveness of the sector,” he said.

He explained that in 2019, CBN FX allocation to BDCs was about $12.65 billion and only $1.33 billion to the Interbank, while the premium of BDC rate to that of Interbank averaged 17 percent in last three quarters of the year, suggesting that forex operations at the BDC market was beyond control.

Furthermore, the DG noted that the variability and large depreciation in exchange rate obstructed the manufacturing production process as raw-materials and machinery imports became more expensive.

Moving from N196 to a dollar in 2015, and hovering between N350 and N500 in 2020, the FX crisis has continued to hound sector players. It has also led to the death of 54 manufacturing firms in 2016 alone and many more have followed since then with manufacturers saying they get two to 10 percent of their dollar needs from the market even after waiting for 30-90 days.

He mentioned that 82 percent of business managers in the Manufacturers CEOs Confidence Index (MCCI) for Q4’20 reported inability to adequately source forex for importation of productive raw-materials and machinery that are not available locally, adding that the rate at which FX is sourced and accessed has not improved.

He mentioned that the association had harped severally on the need for a single official FX window by the apex bank, which will eliminate the excesses of middlemen, save the value of Naira and allow productive allocation of available FX using official banking protocols.

Ajayi-Kadir added that the efficiency and effectiveness of the new guidelines will be determined by how the CBN and Commercial banks are able to ensure proper and necessary allocation.

“In the face of the new policy, it is important that the available FX policies and guidelines be appropriately reviewed to support manufacturing, particularly at this precarious time.

He also urged that manufacturers are prioritized in the allocation of FX as he notes that Nigerian manufacturing across its various sub-sectors relies heavily on imports for its raw materials and machines.

“We hope the banks will provide a seamless process and timely execution of FX application by manufacturers, while conditions for allocations are reviewed” he said.

G5 Governors will continue to push for equity, justice in PDP, says Ikpeazu

Abia flags off rotavirus vaccination to protect children against diarrhoea