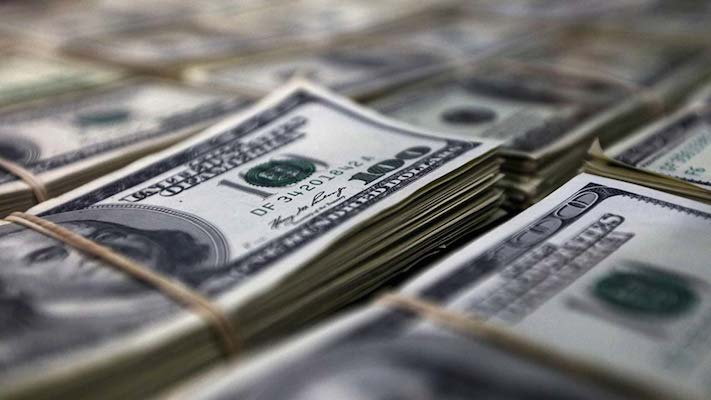 Nigeria’s deposit money banks (DMBs) on Thursday assured the public of their readiness to carry out the function of providing foreign exchange (FX) services to customers as directed by the Central Bank of Nigeria (CBN).

Responding to the issue of sharp drop in the value of the naira to as low as N525 on Wednesday, Segun Agbaje, CEO, Guarantee Holdco (GTCo), said, “What we saw in the market yesterday and today is an aberration. The rate will come down. Very soon, you will buy at N423 or N425 at most.”

People can start working into any bank branch to initiate their request, Agbaje said, corroborating Wigwe’s disclosure of banks’ readiness to carry out the function of providing FX services to customers.

This followed a decision by the banks’ regulator on Tuesday after the Monetary Policy Committee (MPC) meeting to discontinue the sale of FX to the Bureau De Change (BDC) operators, a development that has led to a significant drop in the value of the naira against the dollar.

The bank CEOs present at the meeting unanimously agreed that they have the infrastructure and the capacity to meet the legitimate FX demand of the end users.

Meanwhile, at the official market, Nigeria’s FX liquidity increased the most in three months by 204.37 percent after the CBN pushed dollar supply to the banks.

The daily FX market turnover rose significantly to $352.07 million on Wednesday from $115.67 million recorded on Tuesday at the Investors and Exporters (I&E) forex window, according to data from the FMDQ.

The increase in turnover was driven by an injection of $200 million to all banks by the CBN to meet legitimate needs of the end users.

FX daily turnover rose the most ever to $471.85 million May 26, 2021, after the central bank of Africa’s biggest economy devalued the naira to N410.25k and adopted the Nigerian Autonomous Foreign Exchange Fixing (NAFEX) as the official market.

Before now, the central bank sold about $110 million to BDCs every week. Going forward, Godwin Emefiele, governor of the CBN, said those funds would be made available to commercial banks to meet genuine demand for FX.

Johnson Chukwu, managing director/CEO, Cowry Asset Management Limited, is concerned that the banks do not have the wherewithal to meet the demand of the informal sector of the economy that need dollars for their daily business operations.

However, the improvement in the FX liquidity helped to shore up the value of naira marginally on Wednesday.

Naira on Wednesday appreciated marginally by 0.02 percent as the market closed at N411.60 per dollar as against N411.67/$ closed on Tuesday at the Nigerian Autonomous Foreign Exchange Fixing (NAFEX) window.

At the parallel market, on Thursday, the naira depreciated again by 0.57 percent to N525 per dollar compared with N522/$ traded on Wednesday.

Nigeria’s currency on Wednesday hit N522 per dollar as traders in the parallel market, popularly known as the black market, were seen hoarding dollars for fear of losing money.