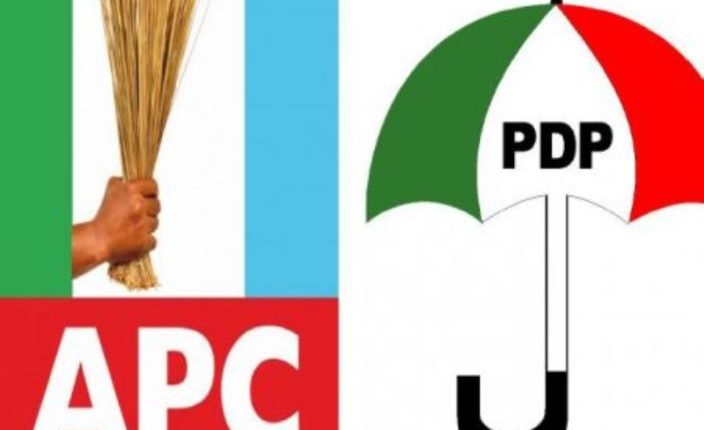 The Peoples Democratic Party (PDP) has lampooned the All Progressives Congress (APC) for seeking to divert attention from its failures and reported involvement of very top officials of its government in looting spree.

The party also accused the ruling APC of engaging in smear campaign, distortions and wild goose chase on issues that were internal to the PDP.

Recall that the APC had earlier on Sunday alleged that the PDP could not pay its staff housing allowance and had sacked 50% of its work force.

It said the situation had many of them to be thrown out by their landlords while others were facing court cases for unable to pay their rents.

But the PDP in a statement by its National Publicity Secretary, Kola Ologbondiyan, on Sunday, advised the APC to respond to issues affecting the nation instead of dabbling into internal affairs of another party.

The statement said, “The APC is also desperate to divert attention from its wicked increase in the pump price of fuel to N170 per liter, the indicting revelations from the EndSARS enquiry panels as well as Saturday’s abduction of children in Zaria, Kaduna state by gunmen, who had scaled up attack on Nigerians while the APC has abandoned governance to seek consultancy job in other political parties.

“By launching this childish smear campaign against our party, the APC has exposed its mortal fear over the reorganized PDP, being dazed by our vibrant opposition as well as relentless exposing of its failures and complicity of its leaders in humongous corruption in high places.

“The APC is discomfited by our repositioning as the rallying platform of Nigerians from all divides in their collective quest to rescue our nation from APC-imposed hardship, violence, bloodletting, decayed infrastructure and mortgaging of our nation to foreign interest.

“We are however not surprised that the APC, which recently admitted to be a party of “bandits”, whose leaders are like “criminal bandits ravaging our communities, towns and villages”, will reduced itself to a confused busybody, having been overwhelmed by the burden of failure and repulsion of Nigerians to their wicked and exploitative policies.

“Since the APC has become so overwhelmed by governance that it now seeks for a job in our party, we counsel them to apply formally as consultants instead of seeking to distract us from our focus of giving direction to our country at this critical time.

“In any case, we want the APC to know that the PDP will never be distracted from focusing on our processes in galvanizing Nigerians for the task ahead.

“Moreover, we urge the embattled APC National Caretaker Committee Chairman, Governor Mai Mala Buni, to address the crisis in his party and stop sending impostors and charlatans, as spokespersons, to constitute public nuisance by dabbling into issues they have no knowledge about.

“The APC has become a sinking pirate ship and should blame itself for its woes and imminent collapse.”