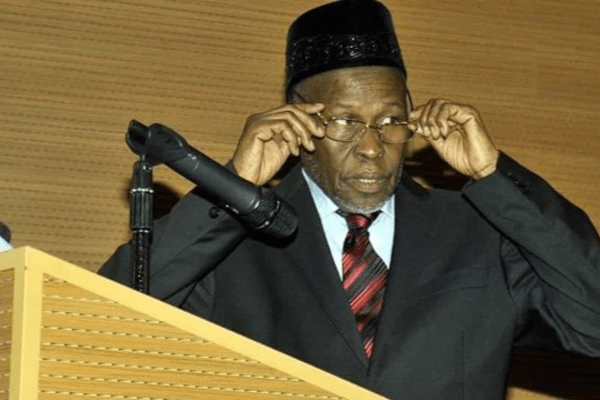 Hearing and judgment in the appeals in no fewer than five states in governershilp election held in March 2019 took a dramatic turn on Monday when the Supreme Court brought proceedings to abruptly stop when one of the seven Justices hearing one of the appeals took ill.

The apex court is hearing appeals arising from Kano, Imo, Benue, Plateau, Sokoto, among other states governorship election of 2019.

Proceedings was ongoing in the 2019 Kano state governorship election when suddenly a member of the panel took ill while sitting.

This was shortly after counsel for Abbah Yusuf of the people’s Democratic Party, (PDP) who is challenging the election of Abubakar Gandunje,
Gboyega Awomolo adopted his brief and urged the court to allow the appeal.

The Chief Justice of Nigeria , Justice Tanko Mohammad announced that the court will rise immediately.

The CJN told the crowded that one of its Justices hearing the case is critically ill.

Consequently, the CJN led other six Justices out of the court to there chamber to enable them attend to the ailing member.

As at the time of this report the retune of lawyers with about 30 senior advocates of Nigeria are waiting for the return of the panel to the court, to continue with the proceedings.