Edo 2020: Group urges Oshiomhole, Ize-Iyamu, others to heed US warning

…as US calls for violence-free election 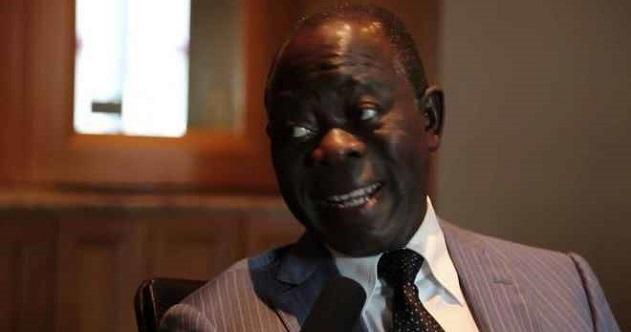 Following the United States Government’s call for a free, fair, credible and violence-free election in Edo State, a group, Concerned Citizens of Edo, has advised the sacked national chairman of All Progressives Congress (APC), Adams Oshiomhole, the party’s candidate, Osagie Ize-Iyamu, and a Benin billionaire, Hosa Okunbo, among other APC political actors in Edo State to play by the rules to avoid sanctions.

In a statement, the group’s secretary, Orobosa Igbinoba, urged the APC political actors to stop sponsoring thugs in the state with a view to undermine the will of the people in the forthcoming September 19, 2020 governorship election in the state.

The group, expressing its confidence in the US as a country that supports democratic process where the will of the people is reflected in the results, noted that Oshiomhole, Okunbo and the APC candidate risk sanctions including visa restrictions if they fail to adhere to the country’s warnings.

“As concerned citizens of Edo State, we are worried over the rising incidence of violence and resort to lawlessness, sponsored by the leadership of the All Progressives Congress (APC) in the state,” Igbinoba said.

“From attacking supporters of political opponents and destruction of billboards, to the attack on Governors of the Peoples Democratic Party (PDP) and other guests of Governor Godwin Obaseki at the palace of the Oba of Benin during the governor’s reelection campaign flag-off, and now the failed takeover of the Edo State House of Assembly and the illegal inauguration of a parallel Assembly in the state; these actors have continued to stir violence and heat up the polity.

“We’re however glad that the US, a country that champions democratic ideals, where the will of the people is reflected in the results, has shown interest in the state’s election warning of consequences for individuals who undermine the electoral process or are involved in sponsoring or organising electoral violence ahead of the gubernatorial poll,” he said.

The US Embassy on Friday called on the Independent National Electoral Commission (INEC) and security agencies to ensure a peaceful, credible and fair election, warning that they will continue to monitor the event closely to ensure the rules are respected.

In a statement, the US Embassy expressed its disappointment over the interference of security personnel in politics, ahead of the governorship election in Edo, and warned political actors over the spate of violence, which is causing tension ahead of next month’s poll.

“We are concerned with reports of the deteriorating political climate in Edo State and are disappointed with the role played by some political actors in the state. We are especially concerned with allegations of interference by security forces in political matters, which we will continue to monitor closely in the run up to gubernatorial elections in the state in September,” the statement said.