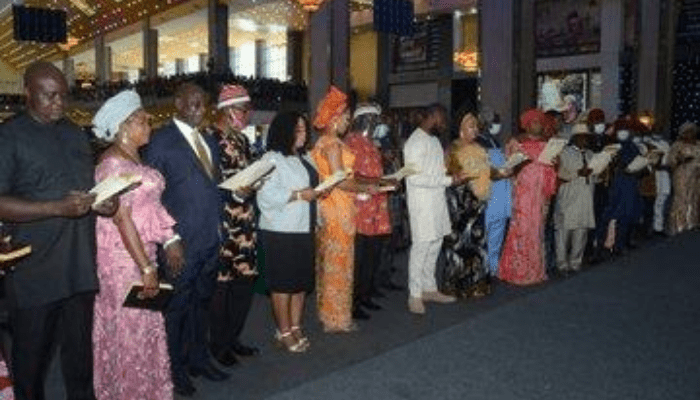 The Governor during the event at the Ecumenical Center called on the newly elected Council Chairmen in the state to deliver democracy dividends for the people which is the most reason why they were elected.

He maintained that only E-voting will end the bloodshed, rigging, and other criminalities in Nigeria electoral system and ensure rapid development in the country.

Umahi said “there is a context, context of bringing the money let us share and context of development. But the truth is that there no amount of money that is shared that will become your legacies. It is those projects, it is those lives you have impacted upon positively that will count for you today and tomorrow.

“It is important that whoever that wants to contest an election is allowed to contest the election. Nobody is going to beg anybody not to contest election again in Ebonyi state.

“We are advocating for E-voting both in our party and to show an example to INEC. I believe that when E-voting comes to be, every leader will face the people and we will begin to realize that power belongs to God and God manifest himself through the people and that when the process of healing will begin in our country.

“It is not a question of during election you share money and you are brought to power, you don’t come to your constituency until the day of another election”

PDP condemns killing of protesters, asks Buhari to end it