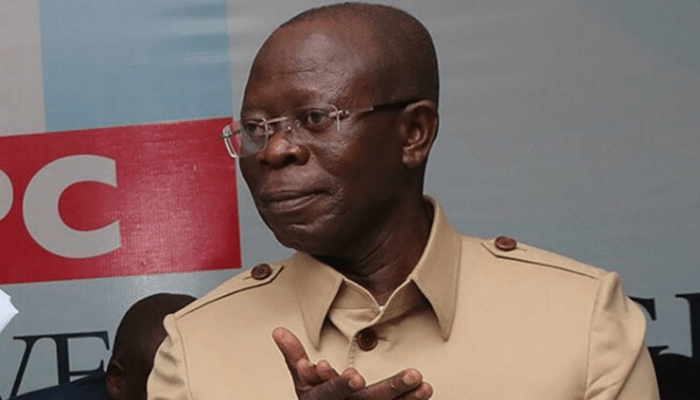 Barely a week after the immediate past National Chairman of the All Progressives Congress (APC), Adams Oshiomhole was removed from office, the Caretaker/Extra-Ordinary National Convention Planning Committee of the party appointed him member of the Edo Governorship Campaign Council to work for the victory of the party’s candidate, Osagie Ize-Iyamu.

The National Executive Committee (NEC) last Thursday at a virtual meeting dissolved the NWC which was led by Oshiomhole and appointed a Caretaker Committee chaired by Governor of Yobe, Mai-Mala Buni.

The Caretaker Committee which has since assumed office, appointed the Governor of Kano State, Abdullahi Ganduje as Chairman of the APC high-level National Campaign Council for the Edo State Governorship Election.

A statement by APC Deputy National Publicity Secretary, Yekini Nabena on Thursday in Abuja said the Governor of Imo State, Hope Uzodinma will serve as Deputy Chairman and Abbas Braimoh as Secretary of the 49-member APC National Campaign Council.