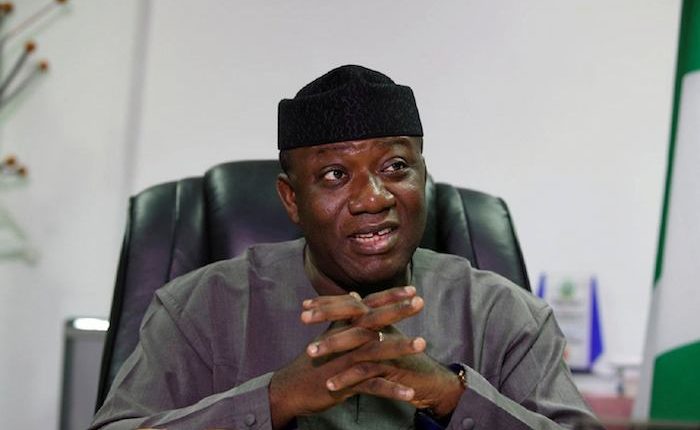 Governor Kayode Fayemi of Ekiti state has assured the people of his administration’s commitment to all-round development of the state with particular focus on the health sector as it commenced activities
marking its second anniversary on Monday.

The Governor said the 2021 budget would focus more on health care delivery assuring that the government would establish at least one health facility in each of the 177 political wards of the state.

Fayemi, who stated this during his town hall meetings with the citizens of the state in the three senatorial districts-North, South and Central, as part of preparation for the 2021 budget, recalled that the effort had become an annual ritual since his first term in office aimed at ensuring community participation in budget
preparation.

The event, which coincided with the commencement of the second year anniversary of the governor had all the communities present their needs by their selected representatives according to their priorities
at the meetings which held in Ikole, Ikere and Ado-Ekiti.

The Governor noted that his administration was irrevocably committed to participatory and all-inclusive government and budgeting adding that the purpose of the meeting was to interact with the representative of various towns and communities to articulate the needs of the communities for inclusion in the 2021 annual budget.

“This town hall meeting, which is in consonance with our agenda of good governance, is in fulfilment of the requirement of our government and requirement of our budget preparation. It also conforms to the
objectives of open government partnership which I recently inaugurated in Ekiti state. It is heartwarming to note that Ekiti State is the first state in the southwest to subscribe to the open government partnership.

“The import is clearly to demonstrate that good governance cannot happen if we did not listen to the genuine yearnings of our grassroots and it is our duty to promote accountability and transparency in our
dear state. It is common knowledge that we have limited resources at our disposal; however, inadequate resources should not hinder us from delivering on our electioneering promises to our people.

“This budget is going to be more health compliant than any other thing, you will witness in 2021, a comprehensive completion of rehabilitation of all our General Hospitals in the state. You will
recall that I started the reconstruction and rehabilitation of General Hospitals, State Specialists Hospital during my first term in office, some of that work was not completed, unfortunately the government that
took over left them at the point we got to and some of the works that we’ve done in those hospitals have even deteriorated. So we need to start from scratch in many cases and no local government would lose
out in the process.” Fayemi explained.

The governor also reviewed the performance of the 2020 budget and noted that the budget of N124, 724, 869,355.95 had to be slashed due to global outbreak of coronavirus pandemic lockdown to N91 Billion. He
said this was done to meet the state’s economic reality which now accorded priority to critical sectors of the state, which included healthcare delivery, agricultural and rural development and infrastructure development in response to the pandemic and to reposition the economy of the state.

While promising the communities that their demands would be addressed and the basic one included into the budget, Fayemi assured the people that water rehabilitation initiative which had so far covered
Ero and Egbe Dams would be extended to Itapaji dam in 2021 to support the agriculture processing zone that cut across the three senatorial districts adding that the water from the dams would also serve the
purpose of irrigation.

The governor however promised to take the community rural project more serious while preparing the 2021 budget adding that government had expanded the scope of the community and rural development so as to increase government presence in all the communities.

He used the opportunity to remind the people that Health Insurance scheme had already kick start and the most vulnerable people must avail themselves of the opportunity by key in to it.

The governor further promised the people that his government would not only embark on aggressive personnel recruitment drive in all the health facilities but would also ensure that such facilities were well equipped for effective service delivery.

He stated further, “And as you may be aware, our health insurance scheme has started, I do not think all of our people are utilizing this effort yet, maybe on our part, we need to do more sensitization but on the part of the communities too, we need to alert our people that health insurance is now available at least for the most vulnerable segment of our population and this is our way of ensuring we continue with our free healthcare programme for those that are entitled to this in our state.

Earlier, the commissioner for Budget and Economic Planning, Femi Ajayi noted that the approach of community participation in budget preparation has stimulated confidence of the people on the government.

The commissioner noted that the meeting would afford the grassroots people opportunity to interact with the governor and present the needs of their community for consideration in the annual budget.

The representatives of the people comprising the traditional rulers used the opportunity to commend Dr Fayemi for his efforts aimed at repositioning the various sectors of the economy.

Highlights of the requests of the community include reinvigoration and strengthening of agricultural development projects; township and inter-community roads rehabilitation to ease transportation of farm
produce to the markets, improved healthcare services; neighbourhood markets; provision of pipe borne water and electricity; and ecological problems among others.