Where’s the money in entertainment? How much do celebrities make? What are my nephew’s chances? 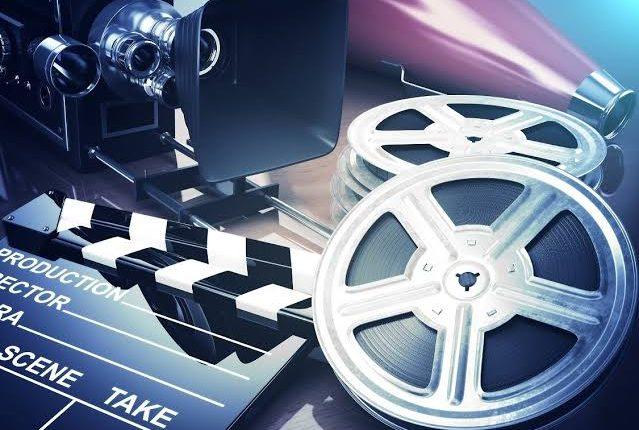 In our digital world, artists can share their song or music video from anywhere with the click of a button and it can be enjoyed anywhere. But can these same artists make money from their art?

Yes, but it is not easy and just like in business, only a few will become superstars! Digitisation means increased availability of music and movies. And while this democratisation means easier access for talents, access previously controlled by gatekeepers including record labels and music stores or movie studios and theatres, it also means a flood of content, making it harder to get recognised. On the other hand, it is also possible to reach a niche audience and earn a living if not become rich and famous.

A-list actors like Tom Cruise and Angelina Jolie command over $20 million per movie. Global superstars such as Rihanna and Jay Z earn as much as $70 million annually from their music alone. Despite not having toured or released new music since her Anti album 2016, Rihanna continues to make around $70 million per year off her back catalogue in royalties and downloads. According to Billboard, Rihanna earned $7.6 million from streaming, $2.5 million from sales, and $10.1 million in royalties in 2016 alone.

For this piece we will concentrate on the musicians. Nigerian and African musicians are able to reap the financial rewards from their music but at a different scale. And for a Nigerian musician to approach the income of an American star is not possible unless they attain global superstar status which means having a series of Global top hits, of which a prerequisite is being number 1 in the US, UK. There are several reasons why it’s only a distant possibility.

To understand, let’s look at how people in entertainment make money.

As explained about Rihanna, there are a variety of revenue streams, the obvious ones are appearances and performances, brand endorsements and music sales and streams and then the more technical royalties and licensing.

The primary revenue source for African artists is live performances, this is due to market dynamics and limited buying power of their primary audience to pay for music (as well as artists giving away their songs in an effort to promote themselves). A-list musicians in Nigeria command between N5-20 million per performance. The top artists can get booked for up to 100 shows a year. So, if the artist gets paid an average N8 million per show and does a minimum of 40 shows a year, he or she would have generated a minimum of N320 million. Plus, there are international shows, around Africa and beyond that can bring in $50 to $150 thousand for a performance. These are for shows like Coachella and Afronation, not performances to Diaspora Nigerian audiences in the school gymnasiums or night clubs.

Brand endorsements and images for advertising make up a significant portion of entertainers’ income. Celebrities who have amassed a cult-like following are so admired that almost every aspect of their lives can be monetised. Their clothes, jewellery, cars and very likenesses are used to generate revenue. Wizkid has ‪lucrative endorsement deals with major brands like Pepsi. In 2019, he signed what is considered the biggest endorsement deal in Nigerian music with a major financial institution, reportedly worth N1 billion.

In addition to live performances and sponsorships are the sales of the music through physical CD’s which are still very relevant and even dominant in many parts of Africa, as well as MP3 downloads and music streams. African artists struggle to realise these revenue streams for reasons mostly beyond their control. These reasons are a lack of knowledge, inadequate infrastructure (physical and regulatory) and poor enforcement of intellectual property laws.

Physical distribution of CD’s is not regulated so the lion’s share still goes to pirates, some of whom do pay a lump sum to artists or labels. Other reasons are artists putting their music out for free to promote themselves, a latent reluctance to pay for music (partially because of financial hardship), the cost of data, plus low penetration of DSP (Digital Streaming Platforms) make African streaming and download revenue a challenge. Previously, Ringback tones on mobile networks were a significant revenue source but regulatory “customer protection” enforced by NCC over leading Telcos helped curb the sharp practice of forced or hard to cancel subscriptions, resulting in every mallam in Lagos having Ringback tones at the cost of 50 Naira a week. That said, top artists and those who can find the elusive hit, can earn significant amounts from The Diaspora listening on international DSPs such as Spotify and Apple Music. Calculations show that Burna Boy may have made over half a million dollars from streaming last year.

Beyond selling the music, there are the more technical revenue streams of royalties. Royalties are the payments to recording artists, songwriters, composers (producers) for the right to use their intellectual property.

Here is where the African artists face the greatest challenges. In the West, there are significant structures that enable musicians to capture this value. Collecting societies ensure that every time a song is played in public, on radio or TV, or in a mall, restaurant or club the copyright holders get paid. The same applies when songs are used in TV commercials or movies.

In addition to the difficulties in the value chain, scale is a big element of the disparities. Wizkid has about half a billion fans while Rihanna has between one and a half and two billion. A good portion of her fans can easily afford $1 per track and $60 for a concert ticket. The same is not true for fans in Nigeria or most of Africa. Nollywood’s biggest movies earn around $1 million at the box office vs. $100’s of Millions for blockbuster Hollywood movies.

Estimates of net worth range wildly from a few Million dollars to fortunes 20’s and 30 Million. None of these are verified and while the reality is closer to the lower end of the scale, a few artists have done very well for themselves. And even those that are in the second tier can still generate well over $1 million revenue annually. They keep up appearances with seemingly high-flying lifestyles on social media (and not the most astute financial management), so it is no surprise that many youths dream of achieving similar success. Even young people who have jobs dream of becoming celebrities. But is this realistic? It’s a long shot! Well, what are my nephew’s chances?

It is true that billions of dollars courses through the entertainment industry worldwide and a growing portion of that money is circulating around the Nigeria industry. The Nigerian entertainment industry has witnessed an upsurge in interest and investments from the private sector and international bodies in recent years although a lot of it, especially one off, small investments are misguided. Statista (www.statista.com) reports Nigeria’s music sales revenue grew from $26 million in 2014 to $34 million in 2018. The outlet reports the revenue is expected to amount to $44 million in 202.

In the coming years, when the world is over the worst of the coronavirus pandemic, these numbers will increase as the African economies continue to grow. Digital distribution will mean more money from music sales and better supporting frameworks could mean dramatic growth.

But with the tens of thousands of young people dreaming of becoming the next “to blow”, each person’s chances are slim indeed. Yet for the talented and really determined, artists can earn a respectable living performing locally or writing music for film and TV. They may not need to be a superstar to be a success. Consider telling this to your nephew.

According to the PriceWaterhouseCoopers Global Entertainment and Media Outlook 2015-2019, African Media and Entertainment generated $4 billion in 2014. This includes 11 industry sub-segments including film and music. Approximately 70 percent of that revenue is from Internet access, TV advertising and subscriptions.

To set a baseline and ease of treating FX rates, I use the exchange rate of 350

Onyemelukwe is a Global media, entertainment and digital industry expert and is currently the Regional Managing Director of Trace.