Between till and tilt, the resurgence of poor customer service 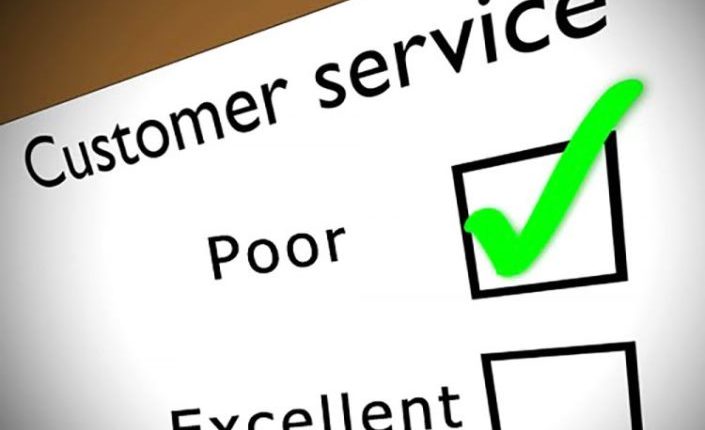 I read English many years ago and went on to practice some of what I learnt as a Broadcaster for over 40 years and counting. I practically joined the profession as a vacation jobber when I was about 17 years. I therefore have some knowledge of this language, which Media scholars say has helped in managing our often unsettled multiculturalism. Indeed as the language that is at once the language of governance and the lingua franca in Nigeria, it is imperative that it be deployed appropriately. Not so in many spaces in the country. In fact in places where you are expected to spend your hard earned money, they are hiring cheap and untrained labour and in many instances, persons who can neither understand the English language nor speak it.

I am back where I have often ranted in this column, our total disregard for our customers in filling stations, airports, eateries and supermarkets. I am quite shocked that we have plans to expand tourism in the face of failure to improve this all important attribute that makes or mars any tourism industry. I was at a Beauty spa in Kano over the weekend owned and ran by a Lebanese. The front office staff were literally whispering and tip toeing. Believe me, they were Nigerians. And when I sought to know why, they said they were trained not to shout as this will disturb the clients who had come in for massages and to relax. I was completely blown away. But approach our supermarkets owned by one of us and crudity begins to play out. The young lady at the counter is having a long conversation with another young man at the till about their weekend while you are waiting to get your bill. Or is it the Salon where the hairdressers spend a copious amount of time “gisting” with their colleagues while spitting in your hair. I forbid you speaking to all manners of people when you are doing my nails or my hair. We honestly can demand it. You paid. It’s your right.

In places where you are expected to spend your hard earned money, they are hiring cheap and untrained labour and in many instances, persons who can neither understand the English language nor speak it

Talking about tills, I arrived this week at a truly problematic Pharmacy and Supermarket in Abuja, which is expanding across the city like wildfire. As usual, I witnessed a complete customer service failure. During the explosion of the Coronavirus Pandemic, the security staff at this Supermarket demanded to know why they should be concerned about persons strolling into their space with neither a facemask nor accepting to use hand sanitizer. I had to literally call out the Manager to get any attention. It was around this period that my spouse and I noticed that the spelling of Till at their many payment counters displayed on a huge sign overhead was wrong. There were at least eight of these signs, clearly visible for all to see. We had called the attention of some hapless, “does not fit the bill manager”, who seemed lost. Even though he had said he will deal with it, now six months later, I was at the Supermarket and the signs with the wrong spelling are still there. It’s a tragedy. There are ten year olds who go into this supermarket and the spelling of Till written as “Tilt” will be what they see. Trust me, tomorrow they will spell it as “Tilt” in school. In answer to the question, what is the place where you pay for goods at a supermarket called, please don’t be surprised to see TILT written in their books. Short of dragging someone out of that supermarket and hitting them on the head with the badly spelt sign, we have done everything possible to get it changed. But wait for it. Those we inform or encounter seem to think we are bothering them. It’s a pity that a nation as big as Nigeria still has people destroying her integrity in big and small places to include rail ticketing fraud, petrol station attendant misdemeanour and corrupt office clerks. Add that to idiotic waiters at eateries, poor response at airports and rude Hotel receptionists. Our interest in tourism cannot be supported by these terrible customer service faux pas.

I was Deputy Director “Servicom” at some point in my past life at the Nigerian Television Authority. I received sympathetic glances when I was posted. It was a sans budget department with no interest by anyone. It was considered a punishment posting. Any nation that does not take service delivery seriously cannot rise in the comity of nations. End of Story!