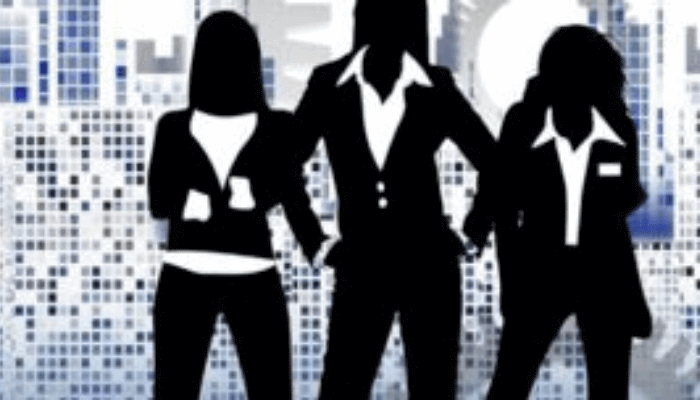 Women account for c.50% of Nigeria’s population. However, gender still takes a prominent seat amongst topical issues relating to economic participation and performance. As we join the world in celebrating International Women’s Month, we must continue to challenge the evident gender disparity in Nigeria.

The financial sector plays a vital role in every economy. It is the engine that permits a higher level of economic activity. However, gender stereotypes plague the industry as it influences the jobs employees are assigned, the pay, and the opportunities for advancement on the corporate ladder. This is demonstrated by the gross imbalance in female-male representation at banks’ senior leadership positions. According to Deloitte, in 2019, the proportion of women in leadership roles within financial services firms globally was 21.9% and is projected to grow to 31% by 2030—still below parity.

In Nigeria, diversity is still extensively hinged upon gender representation. Although there appears to be some improvement in the proportion of female-male representation, we still have a long way to go in achieving gender equality. The CBN’s attempt to regulate the dearth of female representation at the top of the ladder (by mandating commercial banks to have at least 30% of women as board members), while applaudable, has not resulted in the desired impact on female representation at senior level. A 2020 study by PwC showed that due to the weak enforcement of this regulation, only 30.7% of banks adhere to the regulation.

In 2021, the Association of Professional Women Bankers (APWB) conducted a survey on the back of gender inclusiveness within the banking and finance sector. The survey is based upon responses to set questions by banking and finance professionals. Based on the survey, 76.5% of respondents agreed that there is a gender gap in the industry. However, this is not a result of women’s unsuitability for any role in the banking industry as 97.1% of respondents attested to the fact that women can handle all types of roles with the right training and guidance.

The survey also suggests that achieving gender balance in banks’ board representation has a positive impact on performance which is consistent with several other related studies. An IMF study (2018) found that banks with a higher share of female board members retained capital buffers, achieved a lower proportion of non-performing loans, and showed greater financial resilience. The study concluded that narrowing the gender gap in banks’ leadership would foster greater stability in the banking system and enhance economic growth. It could also contribute to more effective monetary and fiscal policy. The four possible reasons given for these conclusions are:

· Women may be better at risk-management

· Institutions that select women in top positions are most likely better-managed.

It is important to note that the number of women in the banking industry tends to dwindle as one climbs this professional ladder. In the APWB survey, 79.2% of the respondents affirmed this. This phenomenon can be largely attributed to social, religious, and cultural reasons. A balanced representation at top decision-making levels across institutions such as banks in Nigeria, would lead to a boost in economic participation and as such, bolster overall productivity and economic diversification for development. McKinsey Global Institute’s report on “Growing Economies Through Gender Parity” predicted an approximate USD229bn or a 23% GDP growth for Nigeria by 2025 if women are given the same opportunities as men.

In terms of methods for closing the gender gap within the industry, respondents of our survey expressed that programs and policies aimed at achieving gender balance within the industry remains relevant. Banks could encourage female employees to pursue relevant advanced qualifications necessary for moving up to middle and top management positions in the banking industry, through the provision of grants or paid study leaves. It is equally important that banks integrate gender diversity into succession-planning frameworks by identifying a talent pool within the bank and ensuring that there is a diverse pipeline of executives being prepared for board positions as they become vacant. Furthermore, it is recommended that female banking executives become more visible as leaders and mentors in the industry. Therefore, serving as role models for younger female professionals and prospective bankers. Another critical way to close the gender gap in the banking industry is to ensure enforcement of existing regulations aimed at achieving gender balance.

The community also has a role to play. Parents, teachers, counsellors, politicians, business leaders, and an endless list of influencers should inspire young girls to defy the narrative of gender-specific career paths. They should be encouraged to choose to challenge the gender stereotypes by selecting careers in traditionally male-dominated sectors.