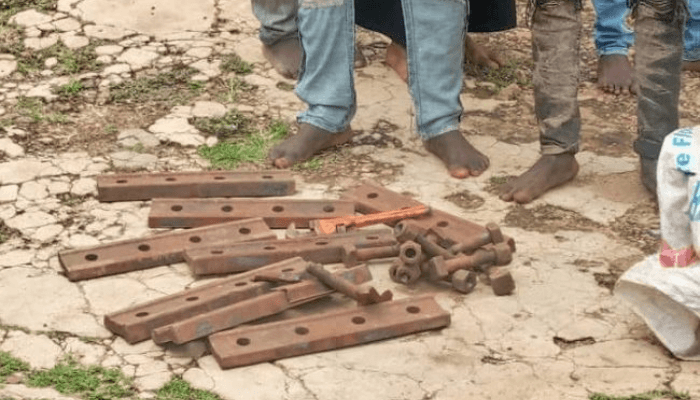 The vigilantes in Kwara State in the early hours of Wednesday caught two thieves in their attempt to vandalize and steal metals from the railway lines along Ogbondoroko area in Asa Local Government Area in Kwara State, Eons Intelligence reported.

The thieves identified as Mujeed Hamza, a tailor and Waheed Ganiu, a welder both from Ganmou, Ilorin, the state capital were caught in the act of vandalizing rail lines.

Read also: The Nigerian State and the Abuja-Kaduna train mishap

The thieves were tied together and questioned by the vigilantes to explain the reason they were stealing the rail-lines. They said it was greed that led them to the act.

‘‘The money we have isn’t sufficient for us to spend,’’ Waheed said.

At the time of writing this report the thieves are yet to be handed to the police .