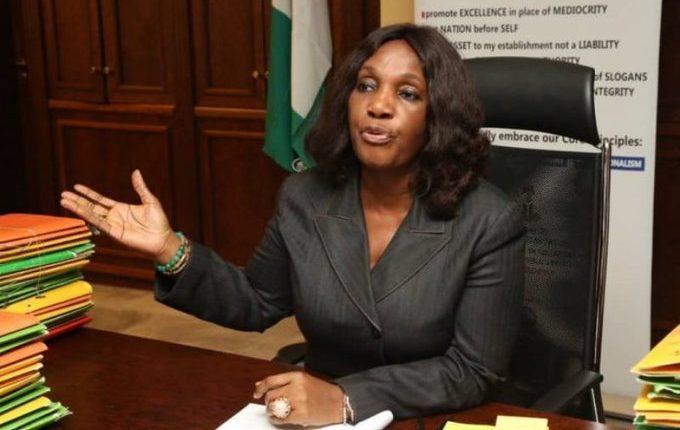 Immediate past acting managing director of the Niger Delta Development Commission (NDDC), Joi Nunieh, was not sacked because of her objection to the choice of a lead consultant for the forensic audit, the Commission states. This is as the Commission seems to gradually open up on internal disagreements and what may have led to the frequent sack of CEOs.

In a statement released in Port Harcourt last Thursday, Charles Odili, the director of public affairs, said news making the round to that effect was wrong, “far from the truth”.

He said the forensic audit was suggested by governors of the oil region and accepted by President Muhammadu Buhari, saying that was why the president appointed the interim management committee (IMC) to manage the process before the substantive board would come on-stream. He also reminded the public that the president ordered that the NDDC be under the Niger Delta Ministry now headed by Godswil Akpabio.

He said: “Given these two directives by President Buhari, it needs no stretch of the imagination to say that the IMC has a duty to work in concert with the Ministry of Niger Delta Affairs to ensure the success of the NDDC forensic audit. Thus, the Minister of Niger Delta Affairs, Senator Godswill Akpabio, called a tripartite meeting of the ministry, the NDDC and the Lead Consultant of the forensic audit.

READ ALSO: FG warns on possibility of second wave of COVID-19 in Nigeria

“Ironically, while Nunieh was acting managing director/CEO, she was said to have “stayed away from the meeting with the audit firm because she was insisting that the World Bank and the National Financial Intelligence Unit (NFIU) should be involved to supervise the forensic audit.

“The truth is that although NFIU and World Bank are respected organisations, they do not undertake audits of government agencies. However, they can certainly provide useful advisory services; and Minister Akpabio is already working with them. Therefore, it is fiction to claim that this issue was a source of friction between Nunieh and the Honourable Minister.

“Furthermore, it is on record that the choice of a Lead Consultant for the forensic audit of the NDDC, which the abovementioned reports identified as a factor for her sack, was approved by the Federal Executive Council. Nunieh recommended Jake Riley & Co, to be Lead Consultant; and it was disqualified by the Bureau of Public Procurement (BPP) because it did not possess the necessary credentials within this context. The Lead Consultant has been appointed to play a coordinating role and help with the procurement process that will conclude with the selection of highly credible international-level regional auditors.”

The statement said the claim that Nunieh was removed because of her poor disposition to the choice of Olumuyiwa Bashiru and Co. as the lead consultant is a great disservice to the forensic audit she had all along championed. The director said the calibre of the new MD and the other IMC members is enough to demonstrate the seriousness of the exercise.

“We would like to put it on record that the IMC remains focused on managing the forensic audit of the NDDC in an extremely transparent manner. No amount of malicious and selfish campaign to stand truth on its head will dissuade the IMC from delivering on its mandate.

“The great people of the Niger Delta – and all other well-intentioned stakeholders – should please disregard dishonest gossip and rest assured that the forensic audit is on course, to pave the way for the birth of a stronger and more responsive NDDC”.