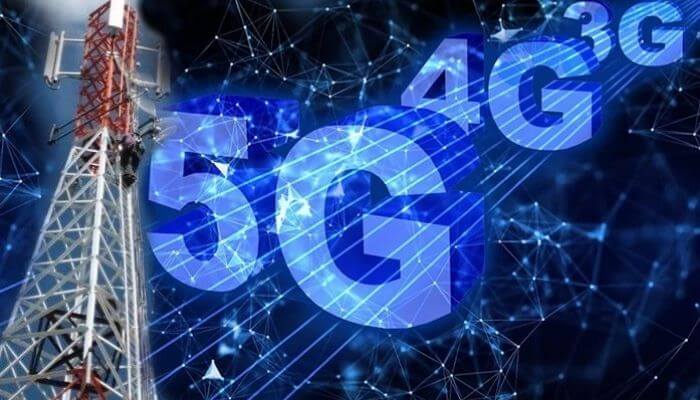 In one night, Nigeria raised half a billion dollars as MTN Nigeria plc and Mafab Communications Limited on Monday paid $273,600 million each to acquire a 3.5GHz band licence for the deployment of 5G network in the country. This comes at a time when the struggling economy is unattractive to investors except for those looking at the numbers the telcos have been producing in the past 20 years.

The Nigerian Communications Commission (NCC) had announced MTN Nigeria, Mafab Communications Limited and Airtel Networks Limited as the three qualified bidders that have met the criteria for participation in the licensing process of 3.5Ghz spectrum, including payment of the stipulated Intention to Bid Deposit (IBD) as outlined in the Information Memorandum (IM)

“Arising from the poll the winning bid price is $273,600,00 million. The provisional license winners are expected to pay the winning bid price less the intention-to to bid deposit by the 24 February 2022, and payment should be made in naira at the prevailing Central Bank of Nigeria exchange rate,” Umar Danbatta, the executive vice chairman, NCC, said.

Read also: What to know about 5G spectrum licence

Pantami assured that the National 5G Policy for Nigeria’s Digital Economy approved by the Federal Executive Council (FEC) on September 8, 2021, would ensure effective deployment of 5G to cover major urban areas by 2025;

“It will ensure security of 5G ecosystem and the protection of data, ensure that international best practices and globally accepted standards and specifications are entrenched in Nigeria’s 5G ecosystem; and ensure that the required infrastructure needed for successful deployment of 5G networks such as data centres, power, etc, are catered for in deployment strategies of 5G networks,” the minister said.

The minister, responding to concerns on the effect of the deployment of the network, assured that 5G would have no adverse effect on people’s health nor compromise the security of the country.

“In a report of the first set of 5G trials, critically reviewed and studied by stakeholders, with a view to understanding the health and security implications of deploying 5G in Nigeria, the review showed that 5G is safe for deployment in Nigeria and would not compromise our security as a country. This formed the basis for the development and eventual approval of the National Policy.

“Leading international organisations such as the World Health Organisation (WHO) and the International Telecommunication Union (ITU), organs of the United Nations, have so far confirmed that the deployment of 5G networks does not cause any adverse health effects and are safe,” he said.

At the opening of the 3.5GHz auction at the Abuja Transcorp Hotel Monday morning, Adeolu Akande, chairman, board of commissioners, Nigerian Communications Commission, had stated that auction was not just the offer of a premium frequency, but also aims to support the deployment of 5G in Nigeria, identified as a critical factor for the growth of the national digital economy.

He said the full socio- economic benefits of 5G technology are largely dependent on access to a variety of spectrum resources.

“Consequently, Spectrum plays a strategic role in meeting the insatiable demand for advanced mobile data services as well as a new wave of wireless broadband use cases such as remote object manipulation, industrial automation, virtual and augmented reality as well as next-generation connectivity for vehicles. These use cases will continue to increase the impact that mobile services have on societies and economies.

“The impact of 5G technology on the economy of nations is unprecedented,” according to the year 2020 global edition of the GSMA’s flagship Mobile Economy’ Report, 5G is forecasted to contribute $2.2 trillion to the global economy by 2034.

According to Akande, these impactful contributions will drive key industries such as manufacturing, utilities, professional and financial services, noting that several other fringe sectors will benefit immensely from the new technology.

“The importance of 5G technology to the economies of nations cannot be overemphasised. It is therefore with a sense of fulfilment that we acknowledge the giant leap forward that today’s auction represents.

“It is indeed a memorable milestone that Nigeria is set to auction Spectrum in the 3.5GHz for the deployment of 5G at this material time,” he said.