Many feared dead as NAF aircraft crashes in Kaduna 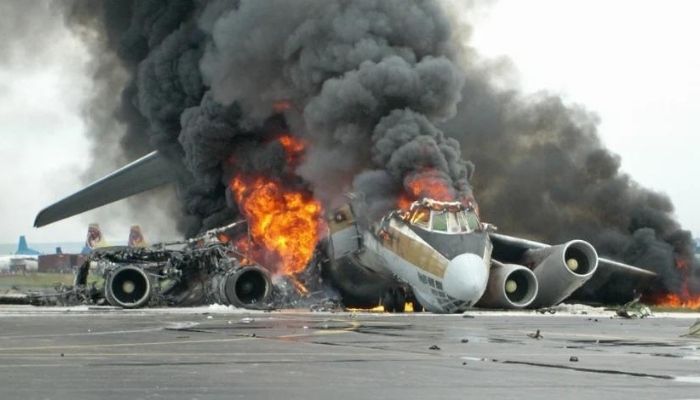 The aircraft, which was on a training flight – part of its activities lined up to mark the Nigerian Air Force Day slated for May 14 — crashed on Tuesday evening when the pilots lost control.

The remains of the two pilots who were Flight Lieutenants have already been recovered and deposited in the NAF Hospital, Kaduna, as the authorities wait to make any contact with their families.

The NAF has yet to release a comment in response to the disaster. An official statement stating the facts and causes of the crash was sent to be issued by the NAF Director of Public Relations and Information Air Commodore Edward Gabkwet.

The crash brings the total number of NAF aircraft crashes since 2021 to three, including the Beechcraft KingAir350i, which killed all seven officers on board in Abuja on March 21, 2021

Recall that last year a military aircraft conveying Ibrahim Attahiru, the former, Chief of Army Staff and 10 others, crashed killing all the officers onboard including the Army Chief.