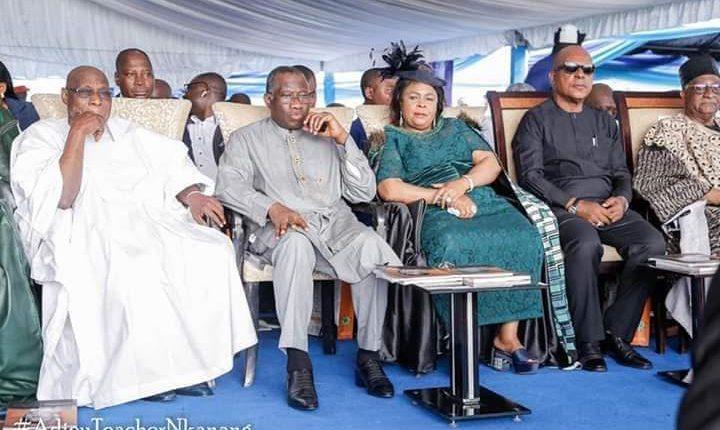 Other dignitaries who attended the funeral service included the Senate President, Ahmed Ibrahim Lawan, and Sanusi Lamido Sanusi, the Emir of Kano.

The funeral service of the 90-year-old Nkanang took place in Awa,  the governor ‘s hometown in Onna local government area of the state.

Also at the service were former Senate president, Bukola Saraki,  several state governors including those of Cross River,  Delta and Enugu state as well as Abia state,  Ebonyi state represented by his deputy and Peter Obi,  former governor of Anambra State,  James Ibori, and Uche Secondus,  national chairman of the PDP.

“We are here for a celebration of life because of the way the late Gabriel Nkanang raised his children,” Ekiti State governor and chairman of the Governors forum, Kayode Fayemi,  said.

Udom described the event as “a bridge building ceremony cutting across all barriers.”

“This ceremony will remain evergreen in our hearts; our father was everything a good father should be,” he said.

Peter Obi, Oluseyi Makinde, others for NABF Economic Summit in US

Nigerian female healthcare workers in the diaspora tell their stories

In push against coronavirus, BoI donates N700m in relief…