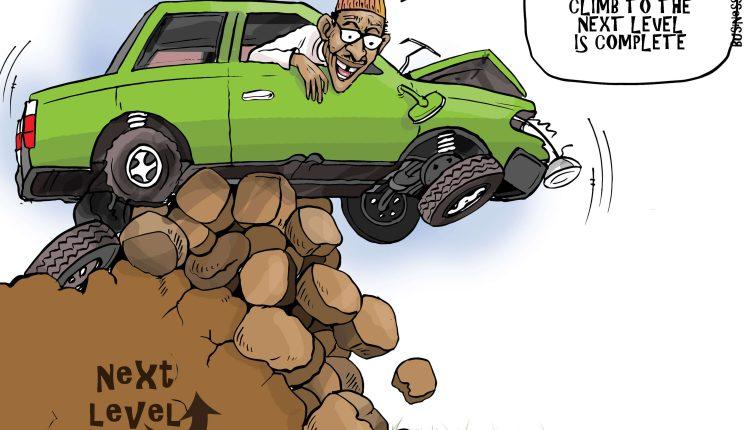 Peter Obi not the change we need – Sowore

He made this statement on Channels TV Politics Today on Friday, accusing Obi of being part of the rot and decay that has put the country where it is today.

He accused Obi of being part of the old guard who not only crippled the nation’s economy but never made any meaningful impact on the economic, political, and social development of the country.

“Peter Obi is part of the old system that I’ve always fought,” Sowore said. “I understand where he is coming from. It is 1999 repeated – Nigeria wants to change, some young people are genuinely interested in change, a different direction. And then they are presented with somebody who worked for the establishment; somebody who has been in PDP, APGA, come back to PDP, Labour Party. “He’s not new to the rotten system. Somebody who was eight years as Governor of a state. We can be emotional about it but that’s the truth. He didn’t build any schools, he didn’t build any industry, he didn’t have a power station. He’s not my kind of progressive.”

Sowore, maintains that he as the candidate of AAC should be given the chance to turn around the fortunes of the country. He held that his reputation, agenda, and relevance in the struggle to emancipate the country from the hands of the political elite should make him a better candidate to ascend to the position of president come 2023.

After four years of legal battle, Senator David Jonah Jang, former governor of Plateau State, and Yusuf Pan, the former cashier in the office of the Secretary of the State Government, were set free.

Jang and Pan were set free on Friday by Justice Christine Dabup, the presiding judge of the Plateau High Court.

Delivering judgment, Dabup said that the court could not find the two accused of all the charges levelled against them by the Economic and Financial Crimes Commission (EFCC).

The EFCC had accused Jang and Pan of misappropriating public funds amounting to over N6.3 billion before they left office in 2015, an allegation they refuted.

“It was discovered that not a single kobo, let alone a single naira, was embezzled, dishonestly acquired, or taken by Senator David Jonah Jang,” Ozekhome said.

“Well, we have not seen the complete copy of the judgment. When we look at the judgment, I will review it, “Jacobs said. “We may go on appeal.”

Jang was really excited as he couldn’t hold back his tears to express his gratitude to God. “I thank God almighty,” he said.

Some supporters of the Peoples Democratic Party (PDP) were in a jubilant mood, seeing that their political leader had been freed and acquitted of all charges levelled against him by the EFCC.

Joseph Ajanaku, President of the National Cashew Association of Nigeria (NCAN), said that the 16th edition of the African Cashew Alliance Conference, which is set to be held in Abuja, Nigeria, will attract much-needed foreign investment to grow the nation’s economy.

Ajanaku, in a press briefing on Friday, said that the conference is scheduled to take place from September 12 to September 15 and will play host to some of the biggest players in the cashew processing business in the world.

According to NAN, Africa produces about 57 percent of the total world production of cashew, yet Nigeria processes only about 10 percent, a situation Nigeria is eager to change.

With the country desperately working toward diversifying away from fossil fuel exports, Ajanaku sees this event as a great opportunity to grow the cashew nut processing and production business in Nigeria.

He promised that the association was going to make this year’s Cashew Summit the biggest ever held in Africa.

This year’s summit is titled: “Strengthening sustainable kernel and by-products marketing in the African cashew industry.”

The global drift away from fossil fuel consumption is getting more intense. This follows the latest move by South African petrochemical firm Sasol to partner with Japan’s Itochu Corp to explore the development of green hydrogen and green ammonia for shipping fuel and power generation.

This strategic partnership between Sasol, the biggest producer of fuel products and chemicals from coal, and Itochu was effected on Friday when they signed their Memorandum of Understanding (MoU) at the Tokyo International Conference on African Development (TICAD 8).

Sasol sees this partnership as part of its strategic decarbonisation plan to move away from fossil fuels.

According to Reuters, Sasol said green ammonia, produced from green hydrogen, is also a key enabler of net-zero fertiliser manufacturing and can be used as a zero-carbon bunkering fuel in the marine sector and for co-firing in thermal power generation.

“Green ammonia is an excellent energy carrier, especially over long distances, and can be easily transported,” it added. “The product can also be ‘cracked’ back to hydrogen gas for further applications.”

On Friday, fears that Russia would use the Nord Stream 1 maintenance exercise to cut gas supply to Europe were brought to life. This comes after Gazprom announced that it has decided to continue maintenance work on the gas facility with no definite date for completion given.

The Nord Stream 1 pipeline has Germany as its major route to Europe, and many see this development as having the potential to impact negatively on global gas prices.

According to Reuters, Nord Stream 1, which runs under the Baltic Sea, had been due to resume operating at 0100 GMT on Saturday after a three-day halt for maintenance.

But Gazprom, the state-controlled firm with a monopoly on Russian gas exports via pipeline, said on Friday it could not safely restart deliveries until it had fixed an oil leak found in a vital turbine. It did not give a new time frame.

However, Siemens Energy, which normally services Nord Stream 1 turbines, said such a leak should not stop the pipeline from operating. It also said the Portovaya compressor station, where the leak was discovered, has other turbines for Nord Stream to keep operating.

Such leaks do not normally affect the operation of a turbine and can be sealed on site. “It is a routine procedure within the scope of maintenance work,” the company said.

However, Putin has blamed Western sanctions for slowing down repair work on the Nord Stream 1, which is one of the reasons why the completion date for repairs has been set indefinitely.

Germany has accused Moscow of playing politics with the maintenance work at Nord Stream, saying that it is all part of their plan to force Europe to reconsider its sanctions.

“This is part of Russia’s psychological war against us,” tweeted Michael Roth, chair of the German parliamentary foreign affairs committee.

Reuters reported that Siemens Energy, however, said it is on standby if contacted to carry out maintenance work on the pipeline.