Foreign exchange turnover rises by 246.31% as Naira stabilises at N472

... inflows worth N69.97bn expected in financial market next week 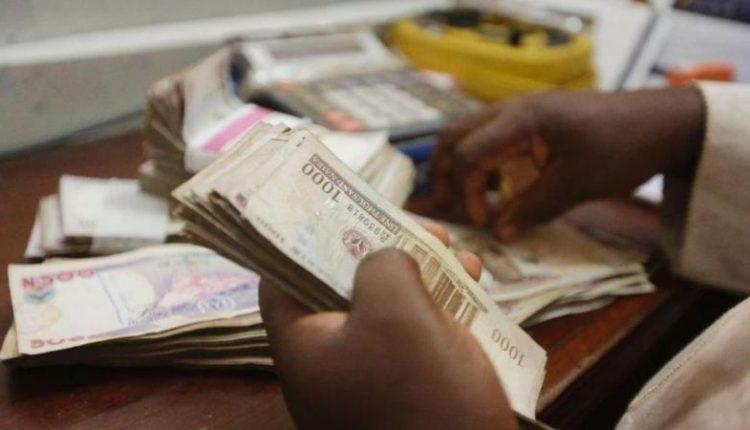 0
Share FacebookTwitterLinkedinWhatsAppEmailTelegram
Foreign exchange liquidity improved at the weekend as the daily turnover rose by 246.31 percent to $43.67 million on Friday from $12.61 million recorded on Thursday at the Investors and Exporters (I&E) forex window.
The improvement followed the Central Bank of Nigeria (CBN) weekly forex intervention into the Secondary Market Intervention Sales (SMIS) Wholesale Window, offering a total of $100.0 million for the week.
In spite of the dollar liquidity, Naira weakened by N1.50k at the official market known as the Nigerian Autonomous Foreign Exchange Fixing (NAFEX) or I&E  window. The market closed with the dollar being quoted at N389.50k on Friday as against N388.00k quoted on Thursday, data from FMDQ indicated.
Earlier in the morning of Friday, Naira signaled appreciation, as the market opened with an indicative rate of N388.21k, representing N0.15k gain over N388.36k, opened with on Thursday.
Analysts at FSDH research noted that most participants maintained bids between N386.00 and N390.99 per dollar.
At the black market, Naira remained stable as the dollar was sold at N472 at the weekend. The local currency depreciated by N1.00k at the retail Bureau where the dollar was sold at N474 on Friday compared to N473 it was sold on the previous day.
The Apex bank on March 26, suspended foreign exchange sales to the Bureau De Change (BDC) operators until further notice due to the COVID-19 lockdown as requested by the operators. The suspension notwithstanding, some BDCs are still active in the market.
The CBN said on April 29, 2020, that it has made complete arrangements to resume foreign exchange sales to the BDC segment of the market for business travels, personal travels, and other designated retail uses, as soon as international flights resume.
The Federal Government announced on Tuesday that the International flight operations might resume before October.
“We expect the naira to trade at a similar band on the back of sustained CBN intervention sale to the FX segments, analysts at Afrinvest Securities Limited said.
A report by Afrinvest revealed that the external reserve balance sustained a downtrend this week, declining 35bps w/w to settle at $36.0 billion (23rd of July). Following the agreement by OPEC+ countries to relax production cuts to 7.7mb/d effective from August, oil continues to trade above $40.0/bbl., reaching a 4-month high of $44.1/bbl. as of 23rd July as economic activities continued to improve despite the spike in COVID-19 cases.
At the FMDQ Securities Exchange (SE) FX Futures Contract Market, the total value of open contracts appreciated 22bps ($30.3 million) w/w to $13.6bn. The SEP 2020 instrument (contract price: N396.48) recorded the most buying interest with an additional $17.1 million for the week, taking its total value to $1.2 billion. Conversely, the JAN 2021 instrument (contract price: N407.30) saw the least subscription of $1.7 million, bringing its total value to c.$1.2 billion.
The report showed that at the start of the week in the money market, system liquidity stood at N86.9 billion but settled at N963.1 billion at the close of the week.
The Open Buy-back (OBB) and Overnight (OVN) rates opened at 9.2 percent and 10.7 percent respectively, lower than last week’s close of 20.3 percent and 21.8 percent. On Tuesday, OBB and OVN rates fell to 2.1 percent and 2.8 percent respectively as system liquidity rose to N480.6 billion following Open Market Operation (OMO) repayment of N25.4bn. By the close of the week, OBB and OVN rates printed at 1.6 percent and 2.2 percent respectively as system liquidity settled at N963.1 billion.
In the T-bills secondary segment, the performance was bullish as average yield across tenors dipped 7bps week/week to 2.0% from 2.1%. The 91-day instrument saw the most buying interest with rates lowering 50bps. Similarly, rates on the 182- day declined 28bps while the 364-day instrument closed flat.
Next week, the analysts expect maturities worth N20.1 billion and N266.0 million from the OMO and T-bills markets respectively as well as bond coupon payment worth N49.6 billion to hit the system.
“We expect the CBN to keep rates in check and mop-up excess liquidity via auctions,” Afrinvest analysts said.
The domestic bonds market in the week experienced continuous buying interest with the average yield falling in 4 of 5 trading days to close at 7.2 percent relative to previous week’s close of 7.8 percent; average yield fell 60bps w/w. Across the term structure, we noticed the market sustained a bullish streak at the long and medium end of the curve with the average yield falling 93bps and 74bps w/w respectively. However, the average yield on the short term maturities rose 2bp w/w, suggesting investors need for a higher return.
At the primary market, heavy demand for bonds enabled the DMO to significantly cut stop rates by an average of 190bps across the four re-opening instruments auctioned during the week. January 2026, March 2035, July 2045, and March 2050 were offered with respective sizes of N25.0 billion, N42.0 billion N75.0 billion, and N35.0 billion. All instruments were 2.9x, 1.7x, 3.7x, and 5.9x oversubscribed with March 2035, July 2045, and March 2050 over allotted.
The respective marginal rates of the instruments were 6.0 percent, 9.5 percent, 9.8 percent, and 10.0 percent, down 200bps, 150bps, and 220bps for January 2026, March 2035, and March 2050 relative to closing rates at the previous month’s auction. All the instruments were issued at a premium to par value and on the aggregate, a total of N130.0 billion was offered with subscription and allotment of N470.1 billion and N177.0 billion respectively.
“We expect yields to fall at the domestic bond market while at the Eurobonds segment, we expect investors will continue to identify specific opportunities that present optimal returns amid the uncertainty of market conditions,” the team of analysts headed by Ayodeji Ebo, managing director, Afrinvest Securities Limited said.
0
Share FacebookTwitterLinkedinWhatsAppEmailTelegram